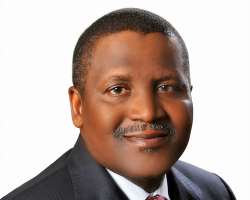 The United States economy was almost collapsing in 1895 as the strain of falling prices and rising unemployment was taking a great toll on it. About eighteen million were out of work and the reserves with no gold backing was running dangerously low. The then President Grover Cleveland tried to unsuccessfully sell government bonds. The panic was palpable and he did the unthinkable by turning to one of the nation’s greatest robber barons – J.P Morgan for an emergency bailout. Newspapers mercilessly pilloried Cleveland for openly dealing with the ruthless financier who had gobbled up many companies by cashing in on their desperation to demand choice seats on their boards. Morgan proposed the private sale of government bonds to him and in exchange would give the treasury the gold it so badly needed to the tune of $100 million to meet its obligations. Cleveland settled for $60 million worth of gold which soon filled its coffers and resulted in the much needed stability which soon saw the ailing economy roar with a resounding blast. Morgan’s motive – gain or patriotism is highly debatable but an incontrovertible fact is that he stepped up to save his country from economic ruin and history would forever remember him for that.

After months of denial, Finance Minister Mrs. Kemi Adeosun finally owned up to the fact that the country is in a recession. Never mind the word ‘technical’ she admitted and is at a loss on how long it would last. Africa’s richest man, Aliko Dangote swiftly stepped in, diagnosed the situation and offered a piece of economic advice to the Buhari led administration to sell our national assets so as to raise funds to ward off the adverse effects of the recession. The Kano born entrepreneur did not spare our most prized asset – The Nigerian Liquefied Natural Gas which in his estimation could raise a whopping $15 billion to oil the machinery of state. A report by the National Extractive Industries & Transparency Initiative (NEITI) showed that within an eight year period, NLNG remitted the colossal sum of $12.9 billion to the Nigerian National Petroleum Corporation (NNPC) which the latter failed to remit to the federation account. In 2013 alone, it remitted a dividend of $1.289 billion. It has yielded well over $1 billion annually over the past twelve years. Why should Dangote advocate for the sale of this highly viable asset which is the best model of public-private sector partnership that this country has ever witnessed?

One wonders why the friend of any government in power since the sinister days of IBB who has profited immensely from unfair government patronage could not call for a sale of the presidential jets which drains the national purse! There was no call to drastically reduce the obscene allowances the parasitic political class tragically gets. The duplication of offices – four social media aides, two spokesmen, two official photographers with the mind boggling emoluments was also overlooked.

The antecedents of national assets sale has left a sour taste in the mouth if we go down memory lane. What happened to the sale of the assets from the power sector? Is the beleaguered sector now better run?

Saudi Arabia has a sturdy four year plan to completely wean its economy off oil in the next four years but it didn’t dispose of its national assets. The same goes for the United Arab Emirates. At a time when the price of crude oil in the global market is at an all-time low, how much can be possibly realised from the sale? Would it be enough to get the ‘Giant’ out of the woods?

It is sad that the best advice from the black man’s poster boy for ‘wealth creation’ is to take the easy way out of selling everything within sight. What has happened to creativity and looking inwards to solve a man-made challenge. One is not amazed since the process that threw up the richest black man was backed by nepotism and cronyism rather than innovation. You cannot give what you don’t have. Why didn’t Shell sell Bonga, Forcados, Bonny or EA terminal despite the myriad of challenges that they are facing? All indigenous NLNG Managing Directors have coincidentally all come from Shell. Who in his right senses sells his crown jewels?

In an exclusive interview granted to Thisday Newspapers, he made it clear that even if he was offered NLNG on credit, he wouldn’t purchase it. Was this meant to make us feel any better? Was this a case of guilty conscience at work since he has greatly benefitted from past sales by visionless governments? We won’t forget the rescinding of the last minute refinery sale by the Yar’adua government.

Life is fraught with challenges and it is beneath every crisis that lies opportunities. This is not the time for crude capitalists to trumpet mere panaceas. The way forward should permeate national discourse. After the sale of the assets then what next? Would the next move be for the next generation to sell themselves into slavery since the assets would have been long squandered going by antecedents?

The world is experiencing a paradigmatic shift towards a knowledge driven economy. Why can’t Dangote use his clout to influence public policy towards this direction which would greatly open up the space to Lilliputians who would never be as fortunate as he was to get their lucky breaks from the government? The likes of John .D. Rockefeller and Andrew Carnegie gave back to society when they felt it was time to move on to more noble endeavours rather than being stuck in accumulating needless wealth. They had massive impact in millions of lives, many of whom they never saw. Zuckerberg was no Simpleton by visiting Nigeria as the population, resilience and creativity is ripe for an explosion in the creative industry. Why can’t ‘Chemical Ali’ think of doing his two cents to better prepare the upcoming generation that Soyinka described as a wasted one to rise up to the information age challenge rather than peddling an advice that may set the stage for destitution ad infinitum of generations yet unborn?

When America was battered by the Great Depression of 1929, Franklin Delano Roosevelt came on board four years later, promised the New Deal which not only put America on the speedy recovery path but set the foundation for its current greatness. Buhari should have the common sense to reject the ruinous advice that would do nothing but set the nation aback. His body language doesn’t communicate much but he should be firm in resisting any attempt by the economic buccaneers to buy our patrimony at rock bottom prices.