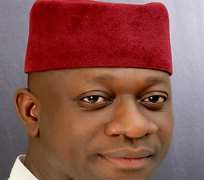 Former House of Representatives Appropriations Committee Chairman, Abdulmumin Jibrin, who was suspended from the parliament for 180 legislative days has said the action was flawed and would not stand anywhere in the world.

He said, “It is a non-issue and complete nonsense and it is not going to stand anywhere in the world.

“As you are aware, the matter is a subject of litigation, I have instructed my lawyer, Femi Falana SAN to file charges of contempt against Speaker Dogara and of course the House of Representatives and I’m sure the matter will move over to the judiciary and decision will be taken. I’m pretty sure it will be in my favour.”

He stressed that those waiting to receive an apology from him should perish the thought because he would never ever apologise to anybody in the House of Representatives. He insisted that he has lived above board since coming to the House five years ago adding that allegations he raised against the Speaker and other members of the body of Principal officers were yet to be addressed.

Jibrin said, “What is very important also is that now they have done their worst, they have suspended me, what has it changed? Has it changed the fact that the speaker conspired with other principal officers to divert N40 billion out of N100 billion meant for constituency projects.

The former Chairman said his suspension has provided him time to concentrate on the matter in court adding that he was confident that the suspension is not going to stand.