Is Nigeria’s Climate Change All About Lake Chad? 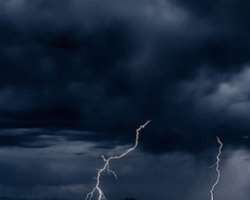 President Muhammadu Buhari has just returned from the United Nations 71st General Assembly which is the last before the exit of the most unsuccessful Secretary General.

I am referring to the disastrous administration of the global body by the South Korean born Mr. Banki Moon under whose watch much of the world witnessed wars and killings which are unprecedented dimensions. The rise of Islamic State of Syria and Iraq happened right under his nose.

Boko Haram terrorists have gone on rampage for years in Nigeria killing over 26,000 Nigerians and armed security forces and armed Fulani herdsmen have killed over 10,000 innocent Nigerians but Mr Banki Moon said nothing.

Banki Moon is such a colorless and non-vibrant administrator that all he does is to catch photo opportunities with international personalities and to read out some nonsensical praise singing epithets to the hearing of the media as if his job is all about chanting choruses of praises to World leaders including dictators.

Predictably, he showered President Muhammadu Buhari with his generously manufactured praises for in his words 'being respected by World leaders'.

This piece is about President Buhari’s climate change score card and not about the spectacular failures of the outgoing United Nations General Secretary.

That aspect is being written by this writer and would hit the papers soon. Suffice it to rest my case on the inefficiency of Mr Banki Moon.

For us in the Human Rights Writers Association of Nigeria (HURIWA), the most ambitious and indeed landmark attribute of Buhari’s recent trip to the United Nation is his acceptance to append his signature to the Paris Agreement on mitigation mechanisms against the surging phenomenon of climate change known as Paris Treaty on climate change.

Hopefully, the National Assembly of Nigeria in line with Section 12 (1) of the Constitution will domesticate this revolutionary piece of global legislation meant to save our planet.

Section 12 (1) of the Constitution of the Federal Republic of Nigeria of 1999 (as amended) affirmed as follows: "No Treaty between the Federation and any other Country SHALL have the force of law except to the extent to which any such treaty has been enacted into law by the National Assembly".

At the signing of this landmark anti- climate change treaty in New York the Nigerian National Assembly was conspicuously absent even by symbolic association which would have heralded a much more people-oriented domestication of this treaty.

Now that President Muhammadu Buhari accompanied by members of his cabinet and a few of the All Progressives Congress' governors has signed the Paris Treaty let it be transmitted to the National Assembly as quickly as possible for legislative action.

The entire gamut of the Climate Change treaty can be summed up as a global effort to adopt the United Nations General Assembly resolution A/RES/70/1; which would hopefully transform our world, keep humanity focused on achieving the 2030 agenda for sustainable development.

Significantly, Unlike other International Treaties such as the Rome Treaty/Statute which brought into being the International Criminal Court which till date has not secured the support of such World’s power like the United States of America, this particular Climate Change Prevention Treaty has seen such giant strides like the endorsements of the United States of America, Japan, China amongst other notorious polluters of the World’s environment.

Interestingly, Climate Change by all accounts represents what expert’s terms as an urgent and potentially irreversible threat to human societies and the planet and these requires the widest possible cooperation by all countries.

A document obtained by this writer from the United Nations clearly spells out that the entire global legal frameworks against this phenomenon of Climate Change means that the participation in an effective and appropriate international response is imperative with a view to accelerating the reduction of global greenhouse gas emissions.

For us in those countries regarded as the most affected should the United Nations stand by and do nothing whilst the industrialized countries continue to pollute the earth, the main reason for expecting much from this treaty is the voluntary acceptance by the developed countries to provide heavy funding assistance up to $100 billion USD per annum for mitigating the effects of Climate Change amongst less developed nations such as Nigeria.

These notorious polluters of the World under this biding treaty will not only adopt proactive measures to reduce their green gas emissions but will pay heavy compensations to the poor nations including Nigeria and what could come to Nigeria is significantly high in value.

Article 2 of the Paris Agreement is strategic for the purpose of our analysis vis-à-vis the urgent need for President Muhammadu Buhari to be reminded that the North East of Nigeria is not just the only segment of Nigeria that suffers from the consequences of Climate Change such as desertification.

There is the growing tendency within the Presidency to think that Climate Change begins and ends with the Shrinking of the Lake Chad basin because in recent international meetings both in Paris, France and at the 71st UN General Assembly,President Buhari and his team focused so much on the Lake Chad Basin even when other segments of Nigeria suffer from erosions, flash floods and such other devastating environmental challenges.

Specifically, Article 2 of the Treaty states as follows: “This Agreement, in enhancing the implementation of the Convention, including its objective, aims to strengthen the global response to the threat of climate change, in the context of sustainable development and efforts to eradicate poverty, including by:(a) Holding the increase in the global average temperature to well below 2 °C above pre-industrial levels and to pursue efforts to limit the temperature increase to 1.5 °C above pre-industrial levels.

Part (c) of article 2 is very important because it spells out clearly how making finance flows would be consistent with a pathway towards low greenhouse gas emissions and climate-resilient development”.

Reading his speech or the report done by his media team from the signing of the Paris Agreement, his major interest seems to be around the Lake Chad basin even though other parts of Nigeria were just mentioned as final paragraphs.

The first few frontline paragraphs of his statements are thus: “President Muhammadu Buhari has said that his signing of the Paris Agreement on Climate Change has demonstrated Nigeria’s commitment to a global effort to reverse the effects of the negative trend.”

Femi Adesina the President Muhammadu Buhari’s spokesman stated that; “The President said this while addressing the opening of the meeting on Taking Climate Action for Sustainable Development in New York, co-hosted by Nigeria and the United Nations Environment Programme (UNEP) as one of the Side Events of the 71st Session of the United Nations General Assembly (UNGA71).”

“President Buhari, had shortly before this event, signed the Paris Agreement, where he committed Nigeria to reducing “Green House Gas Emissions unconditionally by 20 per cent and conditionally by 45 per cent” in line with Nigeria’s Nationally Determined Contributions.”

Describing the signing as historic, he had also expressed confidence that with support from development partners, Nigeria will meet the above targets.”

“The President also promised to ensure the ratification of the Paris Agreement before the 22nd Conference of Parties to the UN Framework Convention on Climate Change in Marrakesh, Morocco in November 2016.”

“He stressed that it was to demonstrate his personal dedication to the process of implementing the Agreement that he was hosting the side event on Taking Climate Action Towards Sustainable Development.”

Here is the President Muhammadu Buhari’s major emphasis as even stated in that press release: “President Buhari, who said he was privileged to have been part of the Paris Agreement, expressed appreciation to what he called “the genuine efforts by President Francois Hollande of France in drawing global attention to reviving the Lake Chad Basin,” and for galvanizing the political will that led to the global consensus in reaching the Paris Agreement.”

The President then in passing mentioned the Niger Delta as another part of Nigeria that suffers from the effects of Climate Change when he stated that: “The President noted that the Niger Delta region is a unique biodiversity rich in coastal environment that is highly prone to adverse environmental changes occasioned by climate change, such as sea level rise, coastal erosion, exacerbated by poverty and many decades of oil pollution leading to loss of livelihoods and ecosystems.”

The President must be reminded that outside of North East of Nigeria and perhaps Ogoniland other parts of Nigeria must benefit equitably from which ever resources that would come into Nigeria as a result of the Paris Agreement on mitigation mechanisms against the effects of Climate change. Virtually the entire Niger Delta region is polluted.

Researchers such as I. A. Abdulfatai; I. A. Okunlola; W.G. Akande; L.O. Momoh and K.O. Ibrahim have conclusively found out that the South East of Nigeria is the erosion most affected area in Nigeria. The South East of Nigeria should get the attention of Mr President. Anambra state and especially Oko the homeland of Nigeria’s former civilian Vice President Dr Alex Ekwueme is severely afflicted by erosions.

Ironically, as I punched away on my phone trying to put together this piece I saw Dr Alex Ekwueme somewhere in Abuja where he came to honour the Nigerian government’s invitation to attend the special Christian service to herald the coming Nigerian Independence.

In their scholarly work entitled: “Review of Gully Erosion in Nigeria: Causes, Impacts and Possible Solutions” they wrote thus: “…Observations have also shown that gully erosion, in Nigeria, is more predominant in the sedimentary terrains and perhaps in the basement/sediment contact areas".

These scientists affirmed further: "This accounts for why its occurrences is more skewed to the south-eastern Nigeria where most of the gullies take the advantage of the loosely consolidated and sometimes friable rocks such as the Ajali Sandstone in Auchi area of Edo State of Nigeria (Nwajide, personal communication)".

"The causes of gully erosion with respect to the geologic settings as suggested by the earlier studies are numerous. Some of the identified natural causes include tectonism and uplift, climatic factors, geotechnical properties of soil, among others. Anthropogenic causes include farming and uncontrolled grazing practices, deforestation, and mining activities.”