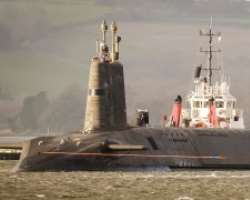 It is very difficult to understand why humanity is deploying so many efforts geared towards self-destruction while we should be concerned more about the prevention of natural calamities capable of destroying our world. The time, energy and resources devoted to produce and modernize nuclear weapons are more than enough to solve some crucial problems confronting the world i.e. Poverty, diseases etc…

It is a proven fact that one single nuclear device can destroy a whole city and eliminate the natural environment and lives of future generations. We, just, have been mindful of cities like Hiroshima in Japan where at least 150000 people were killed or wounded after the city was bombed during World War II.

Knowing the dangers associated with nuclear weapons for our survival and being aware that more than half of the world’s population lives in countries that have nuclear weapons or are members of nuclear alliances is quite terrifying. Above all it is estimated that there are at least 17000 nuclear weapons in the world today.

The International Community is well aware of the catastrophic consequences of the use of nuclear weapons and its inability to bring any adequate humanitarian response at the immediate impact of a nuclear weapon detonation. Hence several International Conferences have been called to address this all important matter concerning the survival of humanity.

We can mention amongst others the Conference held in Oslo, Norway from 4-5 March 2013 and attended by 128 participants from governments, UN agencies, International Organizations and civil society; the conference convened in Nayarit, Mexico from 13-14 February 2014 to discuss the global and long-term consequences of a nuclear detonation from the perspective and variable of the 21st century society.

As a result of all these efforts 26 September was adopted by the UN General Assembly as the International Day for the Total Elimination of Nuclear Weapons. But what can the international community do if one country alone has the power to embargo any decision of the Security Council that contravenes its position? Also how this problem can be solved if some countries give themselves the right to possess nuclear weapons while others should not have?

It is therefore imperative for all peace loving and democratic forces around the world to intensify their various anti-nuclear weapons campaigns while diplomatic efforts continue to search ways and means at reaching the goal of totally eliminating them. In the midst of this entire brouhaha where does Africa stand? The African continent will remain highly fragile in its current fragmented status; hence its voice cannot be heard or simply will continue to be disregarded. The known solution to this problem is the unity of the continent. Though everybody, including the leaders, seems to be committed to this idea, the actions of many of them, clouded by a lack of political will, contradict their position.

Though Africa is not amongst the main producers of nuclear weapons, the continent will not be spared by the consequences of any of its use. For Africa to play any meaningful role in world affairs in particular in all the endeavors aimed at the total elimination of nuclear weapons, every indication leads to its unity- a necessity for its sustainable development.

AASU calls on African leaders, once more, to have the political will to unite the continent in order to face in unison the numerous challenges confronting the it including the consequences of the use of nuclear weapons. Let Africa speak with one voice, put its resources together and allow the genuine free movements of people and goods.

We urge all the democratic forces around the world to intensify their activities for a world free of nuclear weapons!

AASU calls on its member and friendly organizations to embark on activities geared towards the total elimination of nuclear weapons everywhere in the world!