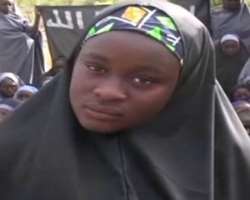 The Amir of the MSSN Lagos, Saheed Ashafa, said this in a press release ahead of Monday, September 19th resumption of students in public primary and secondary schools in Lagos State.

Ashafa appealed that students should neither be punished, harassed nor victimised for wearing hijab on their school uniforms both within and outside school premises.

Recall that the Court of Appeal sitting in Lagos on Thursday, July 21, 2016 granted the right to wear hijab in all public primary and secondary schools in Lagos State.

The Court of Appeal Justices - Ali Gumel, Modupe Fasanmi, Adamu Jauro, Joseph Ikyegh and Cordelia Jombo-Ofo - unanimously interpreted that sections 38 and 42 of the 1999 Constitution of Nigeria (as amended) guarantees the fundamental human right of wearing hijab.

Delivering the judgement on the right to wear hijab in Lagos State-owned primary and secondary schools, the lead Justice Gumel said, "Having fully resolved all the five issues for determination in this appeal against the Respondents, this appeal is meritorious and is therefore allowed. The Judgement of Lagos State High Court delivered on 17th, October 2014 in suit No ID/151M/2013 is hereby set aside."

‎‎‎Ashafa pleaded for the cooperation of tutor-generals, principals, teachers and other education stakeholders in Lagos State in ensuring a smooth academic term without a breach of any fundamental human rights.

Reminding the stakeholders that the right to wear hijab has been granted in Lagos State-owned public schools, Ashafa said, "It will not be fair for any tutor-general, principal or teacher to commit contempt of court. As law abiding students, after several meetings and dialogues failed, we approached the court and God's willing the right to wear the Hijab on school uniform both within and outside public school premises by students was granted.

"We plead that all the stakeholders in education should be law abiding and practicalise what they have been teaching us as students. A situation where a principal or teacher will be seen punishing, threatening, assaulting or harassing a student for wearing hijab, after the judiciary has granted it, will amount to not only contempt of court but a betrayal of literacy, ridiculing of education and an abuse of reasoning.

"Moreover, such action would depict the perpetrator as an illiterate attempting to force education on the students. Our teachers should be reminded that beyond teaching us theories, their actions, reactions, obedience to the constitution or otherwise pass greater educational messages. We commend our teachers for their efforts from inception and hope that as students' resume, they will not demonstrate to us how to disobey the constitution and judiciary."

Ashafa subsequently counselled the students to ensure that they are outstanding in the new session.

He advised them to be modest and polite in dealing with some of their teachers that may want to violate their rights.

He said, "We wish the primary and secondary students a happy resumption and congratulate them specially on the hijab right that has been granted. They can now go to school putting on their hijab without being punished, assaulted or harassed. This is a victory for them.

"Though, we do not expect any teacher to act to the contrary, if they do, we urge our members to ensure that they resist removing the hijab with their own hands. They should ensure, the teacher or overzealous principal or tutor-general does. While any of the education stakeholders does that, they should be prepared for legal and mass actions as the case may be."