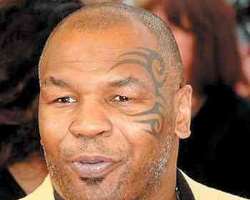 The 43-year-old squandered ring earnings of more than $300m which led to him filing for bankruptcy in 2003.

Tyson had a cameo in the comedy film 'The Hangover' last year and is now taking part in a reality TV show that follows him as he raises and races pigeons in New York.