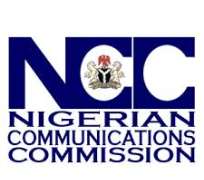 The Nigerian Communications Commission (NCC) on Wednesday sealed the office of Nokia-Alcatel located in Lekki, Lagos for operating without license.

The Head of Enforcement Unit, NCC, Mr Salisu Abdul, while speaking with newsmen shortly after the sealing in Lagos, said that the company had been operating without license for years.

Abdul said that during one of the commission's monitoring activities, the team discovered that the company had not obtained the requisite authorisation to render services.

He said that Nokia-Alcatel was involved in equipment manufacturing, supply and installation therefore it could have obtained the 'Sale and

Installation'' license.
According to him, the license, which barely cost N2 million will give Nokia the authority to operate wireless transmission, manufacturing and sale of equipment, among others.

He said that after notifying the company for the need to be licensed, it only applied for the license about three months ago, but did not complete the process.

'As a matter of fairness and transparency, we decided to pay them a visit, and we however discovered that they only applied for license about three months back and are yet to complete the process for the license.

'Basically, we have decided to seal off the premises of Nokia until it obtains the requisite authorisation.

'The NCC is the sole regulator of the telecom sector in Nigeria and one of our functions is the issuance of telecom licenses.

'It is criminal for any service provider to operate in the country without license. We have sealed the office until they comply,' Abdul said.

He said that Nokia-Alcatel had been operating in the country for some years now, and had failed to obtain license.

According to him, there may be attendant consequence for the infraction as the company may be fined before its office will be opened for business.

'We have to charge them based on the number of years they have operated without license. We will use our discretion to charge them,' he said.