4 years after, D’banj set to perform in the UK 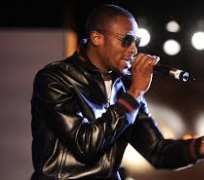 The Nigerian pop star, who has had an amazing comeback in 2016, is hoping to reclaim lost territories by returning to the UK for the first time in four years for a three-city tour – Manchester, Birmingham and London Indigo O2.

His last trip to the Queens land was in the summer of 2012 when his award-winning hit 'Oliver Twist' was a global phenomenon.

The Koko Master will be performing some of his widely successful hits, ‘Emergency’, ‘If no be God’ and much more. Also billed to support the former Mo’Hits star is TripleMG's man of the moment, Tekno.