“Let there be an end to the arrogance of the big powers who miss no opportunity to put the rights of the people in question.” Thomas Sankara
By Joseph Cachia 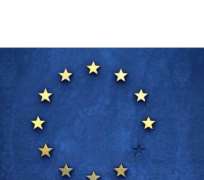 Well done, Brexit! Congratulations and thank you!
UKIP (United Kingdom Independence Party) leader, Nigel Farage hailed it as a “victory for real people” and called it Britain's “Independence Day”. Britain, now after your victory, ensure that you never give up your Independence again! How I wish our dear island-home Malta could find the courage to follow your brave example! Definitely, your victory was a defeat for the EU (European Union)!

How lucky you are! The day before the vote, I believe, Juncker said that prime ministers should stop listening to the voters and act more European. If that doesn't boil your blood, you unwashed masses, I don't know what does.

Britain, in saving yourself, you gave all misguided EU member states an advantage to save themselves too..

Shock ! Horror!! A tiny Island, not even attached to the colossus of Europe has dared to defy the omnipotent unelected Lords of the European Continent. So why the panic? Britain should not panic by Brexit, the only consequences are for the European Union!

They are all in shock because their arrogance convinced them that they could not possibly lose. And it was arrogance that brought this about. Just consider windbags like Barroso (now Chairman at Goldman Sachs International), Juncker and Schultz. “Europe will fall very soon”, Now even MEPs are saying the EU will crumble after this shock Brexit result. “This is the beginning of the end for the EU”, said Peter Lundgren (Swedish MEP). “It will cause a domino effect as so many other countries will follow Britain that the EU will fall.” This tsunami will be at their doors soon and washing them away, hence the squealing.

Britain may have been bruised from the fight but has won the battle at home and abroad. Now it can hold its head high and declare itself free of the chains of the arrogant, out-of-touch and contemptuous Brussels elitist junta, who still have not realised that part of the reason for Brexit was their disdain and contempt for its member states. Even on the day of the referendum Juncker arrogantly declared that Britain would not be getting any more reforms. Was he perhaps trying to stealthily help the Brexit vote, and wasn't this a clear exposition of the arrogance and hatred for nations who fight for their rightful decisions and do not kowtow the EU dictators? Britain's success would be the sweetest revenge!

Totally unlike what's happening in my country, sheepish Malta, most European countries, including Germany, Italy and France are all under pressure to hold referenda. Malta, still doggedly dreaming of glorification in its EU Presidency has been denied the hearing of its people's voice of their aspirations. Hopefully, the EU won't endure till then!

So, Segolene Royal arrogantly ruled out any referendum in France, ignoring the concerns and 'voices of the ordinary people'. But Royal is not all France. Just wait for Marine Le Pen and see what happens!

The EU cannot survive! It is too undemocratic, corruption is too high, the Eurocrats' ambition is too much and there is too much money in thisgravy train. It makes ordinary people raving mad but not the so the ambitious boot-lickers seeking glorification.

But what kind of response to this most momentous event in the Union's history is the EU contemplating and is sending out? Nothing but arrogance and more arrogance!

“Get out now!” Furious EU leaders, including Schultz, demanded Britain to make a quick exit from the EU. I can't understand why Britain didn't do it out-rightly and left the EU to founder in the lurch.

Until the exit negotiations are completed, Britain remains a full member of the EU. But EU Commission President Juncker, EU Parliament President Schultz and EU Council President Tusk are already treating Britain as a pariah and hurling loose insulting comments.

“Nothing makes me happier about voting Brexit than hearing Jean-Claude Juncker's bitter and arrogant response!”, declared Benedict Spence in 'Independent' And he continues: “.The man’s a sadomasochist and has no respect for the dignity of the office. “I'm reading that Juncker has exercised a presidential ban, restricting any EU official from having any contact with any UK official until article 50 is triggered. But i guess the European commission president is allowed to exercise his supreme authority in any way he sees fit, irregardless of rules, procedures, or will of the unwashed masses.”

Jean-Claude Juncker arrogantly asks the UKIPmembers, the people who knocked him out flat through Brexit: “Why are you here?” Although Farage could have added 'Because we're elected, unlike you!' UKIP MEPs will keep turning up there as long as the EU keeps taking British money!

If anyone needs any confirmation that the EU is fundamentally the most anti-democratic entity in existence, then the following statement by EU parliament president Martin Schultz should put all doubts to rest. “The British have violated the rules. It is not the EU philosophy that the crowd (the people) can decide its fate.” If we pretend inferiority, we would be encouraging his arrogance. Is this perhaps the adopted policy of the Maltese prime minister, considering that he and Schultz are bosom friends? Does it really come to shunning the people (who, after all, elected him) so much as to not let the people decide their own fate?

And the arrogance continues: “The UK's relationship with the EU had been ambiguous, but was 'now clear', and a prolonged exit was the opposite of what we need. It's not going to be an amicable divorce - it wasn't exactly a tight love affair anyway',EU leaders, including Schultz, professed. Sour grapes indeed!

Reporting on the working dinner he had had with Cameron and Juncker, EU Council President Tusk confirmed that the EU aimed to inflict serious economic damage on Britain, even at the cost of provoking a global recession, in order to make an example of Britain for voting to leave the bloc. Even their arrogance is stupid in itself!

It is evident that Brexit has not only shocked and jolted the EU leaders' arrogance but sent them berserk. Beside calling for Juncker's resignation, other EU countries are experiencing strong dissent over Brussel's reaction against the British. There isn't any solidarity left among member states. This is a sure sign that what is left of the European Union cannot be saved!

“There are two kinds of pride, both good and bad. 'Good pride' represents our dignity and self-respect. 'Bad pride' is the deadly sin of superiority that reeks of conceit and arrogance.”