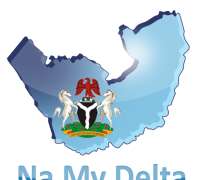 As Deltans gear up to celebrate the 25th Anniversary of the creation of Delta State, Chief Press Secretary to Delta State Governor, Mr Charles Ehiedu Aniagwu has said that Deltans deserve to celebrate the state's numerous achievements within the period.

Mr Aniagwu made the disclosure while speaking at an interactive session with members of the Nigeria Union of Journalists (NUJ), Asaba Correspondents' Chapel on Monday.

According to Aniagwu, "the fact that we are still one is enough reason to celebrate and it is our hope that we will leapfrog from where we are to where we want to be in the nearest future."

The Chief Press Secretary accompanied by Prince Victor Efeizomor, Special Assistant to Governor Ifeanyi Okowa on Print Media and Mr Nelson Egware, Special Assistant, Media, observed that Delta State has been faced with a lot of challenges since its creation especially in the area of militancy, saying “Delta State has been worst hit by the activities of the Niger Delta Avengers and other militant groups and this has impacted negatively on our revenue both from FAAC and from our Internally Generated Revenue.”

"The administration is paying more effort to meaningful peace building - just last week we had a Niger Delta Stakeholders meeting convened by Chief E. K. Clark and we thank God the Avengers have heeded to the calls emanating from the stakeholders meeting which has led to the cessation of hostilities.

We are keeping pace with our SMART Agenda promises. The Interbau roundabout is another aspect of our urban renewal plans. In addition to the many number of roads, schools, hospitals and other projects commissioned in our one year in office.

We have also created numerous jobs and attracted several investments in the state which are expected to take off in no distant time.

As a way of tackling flooding in Asaba and environs, we have embarked on massive clearing of our drainages to enable the waters flow very well," Mr Aniagwu said.

The image maker commended the press and all those who contributed to the success story of Governor Okowa's administration especially in the area of achieving peace in the State which according to him was necessary to enhance development in the State.

"As a state we have achieved a lot under the prevailing economic circumstances and I must confess that we may not be where we ought to be but, I can also assure you that we are not where we used to be," he emphasized, reiterating that Governor Okowa's administration has put machinery in motion to surmount all challenges in order to make Delta State an enviable state in the nation.

Responding, the Delta State Chairman of Nigeria Union of Journalists, Comrade Nobert Chiazor congratulated the Chief Press Secretary for his achievements in office and urged journalists in the state to continue to give him the necessary support to succeed in his office.

“I want to assure you Mr Chief Press Secretary, that journalists in the State will do all they can to help you perform your role better to enable the administration actualize its goals.”

He thanked Governor Okowa for the support towards the building of a befitting secretariat for the State chapter of NUJ and assured him that the press would actively participate in the 25th anniversary celebration of the creation of Delta State.