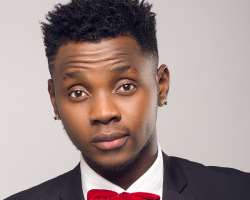 News of the upcoming event is all over European cities with fans of Nollywood planning to keep the date for what many believe has stamped its authority as a premier show that celebrates Nigerian films in Europe, honouring contributors to the progress of society apart from providing entertainment.

According to the Nigerian Representative for NEGA/NFFG, ace TV producer Kunle Aborishade, “top on the bill to grace the occasion is screen actor Francis Duru who will be joined by Charles Inojie by popular demand to anchor the NEGA Awards event. This is not Inojie’s first time at NEGA. He was one of the first awardees in 2012 in Essen, Germany alongside Mona Lisa and Jackie Appiah among others.

Again, a delegation of members of Association of movie producers AMP including its Vice President Joy Chinasa Onyechere are also expected at NEGA/NIFF 2016

Continuing, he added that “Woju crooner Kiss Daniel who will be on his first tour of Europe courtesy of events master planner - Isaac Izoya (Cultural Ambassador), the President of Ehizoya Golden entertainment e.V, will crown all the efforts of all his fans with a super performance.

He would jam in some of other European cities after NEGA show where his latest album – MAMA has been nominated for NEGA Award. Already his female fans in Europe are bracing up to meet him live” He’s expected to perform in Sweden, Italy, Paris and Belgium within two weekends Europe tour.