EFCC, Akpabio And The Cries Of Witch-hunt 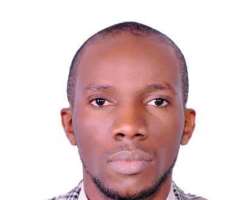 During my tenure as the President of the Student Representatives Council (SRC), Nigerian Law School, Lagos Campus, April 2014/2015 Set, I was accountable to all the students as their leader. I never stole a kobo throughout my tenure. That is a position that I could have used for self-aggrandizement if I was corrupt.

Today, my colleagues in the law school respect me because I led them responsibly and transparently. I sacrificed my time and personal resources to ensure that they had a condusive learning environment. The Law School Management never paid me, the other executive and members of the SRC a kobo for our services to the students and we never complained.

There is no colleague of mine or student in the Faculty of Law, University of Uyo at the material time or in the MFM Campus Fellowship where I was Secretary, Vice President and President at different times that can say that Inibehe ever stole a kobo or misappropriated funds.

Can Senator Godswill Akpabio say the same thing about his management of the finances of Akwa Ibom State during his tenure? As one of those that are at the vanguard of the struggle for Akpabio to render account of his stewardship, I challenge him to come out and say that he never stole Akwa Ibom State funds.

I am not trying to blow my trumpet. But I am ever ready and willing to defend myself if questions or issues relating to my leadership in the past or present arises. A leader that is clean, incorruptible and that led his people in accordance with the dictates of the law should never be afraid of being probed.

It is true that we, Nigerians, are fantastically corrupt. But it is not true that ALL Nigerians are corrupt. Leadership should be about service, not self-enrichment.

I am writing this article in reaction to some self-serving persons from my home state, Akwa Ibom, that are currently killing themselves over the ongoing investigation of Akpabio by the Economic and Financial Crimes Commission (EFCC). I have been reading all sorts of offensive publications on the social media lately. Some people are asking the EFCC to leave Akpabio alone.

That will never happen. EFCC should not and cannot leave Akpabio alone, except the ongoing war against corruption in the country is mere shenanigans.

Mr. Akpabio is a former governor of Akwa Ibom State. He is being probed over the management of the finances of Akwa Ibom State from May 2007 to May 2015 when he was the governor. Some people are shamelessly asking whether he is the only thief in Nigeria. That is nonsense. A thief is a thief. If Akpabio never stole Akwa Ibom money he should not be afraid. There is no need for panicking. Let him give account of the resources of Akwa Ibom State under his control.

In any event, there are ample cases of chieftains of the ruling APC, including former governors, that are currently being probed and prosecuted by the EFCC and other security agencies for corruption and other criminal activities.

The likelihood or existence of corruption in Lagos, Rivers, Kano or any other state during previous administrations in those states does not excuse the corruption in Akwa Ibom State under Godswill Akpabio. Whether the current war against corruption is selective or not does not affect the culpability of Akpabio. We cannot use one corruption to justify another.

The question is: Is Akpabio guilty or innocent? The court will decide if the EFCC eventually initiates criminal charges against him. If Akpabio believes that the ongoing probe is witch-hunt he should wait for the EFCC to charge him to court. He can then instruct his lawyers to raise a defence of "witch-hunt". As a lawyer, Akpabio knows that such a frivolous defence has no place in the Nigerian criminal jurisprudence.

Witches will always be hunted. If you do not want to be hunted, do not practice witchcraft of any form.

Some say Akpabio is "our voice" at the federal level and should not be a victim of "pull him down syndrome". But for the teachings of my Christian faith, I would have said woe unto those saying such nonsense. Who is Akpabio speaking for? How? If Akpabio was up before now, it is time for him to come down or be brought down to tell the world what he did with the allocations of Akwa Ibom State.

Myself and other self-respecting indigenes of Akwa Ibom State will never rest until Akpabio is made to account for the over two (2) trillion naira that he received on behalf of our state. No amount of propaganda, newspaper advertorials or open letters can save Akpabio.

Nigeria is not a Banana Republic.
Thank you.
Inibehe Effiong is a Legal Practitioner and Convener of the Coalition of Human Rights Defenders (COHRD) and can be reached at: [email protected]