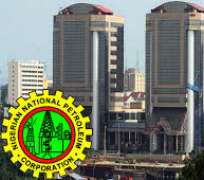 Nigerians may again witness another round of fuel scarcity if the Federal Government does not take urgent steps to address the needs of the oil marketers, as they struggle to sustain their operations at the current prices of the products.

This time around the issues that are generating markets push for new prices revolve around high exchange rate of the the Nigerian currency to the dollars.

A member of the Major Oil Marketers Association of Nigeria stated that the ex-depot price of the PMS had remained at N133.28 per litre because the marketers were doing their best to manage the situation.

But the government has countered by saying that they had met the forex demands of the marketers.

Reacting to the claims by the marketers about scarcity of forex, the Group Managing Director of the Nigerian National Petroleum Corporation, Dr. Maikanti Baru, on Tuesday said there was no basis for any increase in the pump price of petrol.

He said so far, the request for forex for importation of petrol had been met and the NNPC's supply situation was “robust.”

Oil marketers had on Monday asked Nigerians to prepare for another increase in the pump prices of petrol due to the continued scarcity of foreign exchange to finance the importation of the product.

According to them, the United States dollar hit an all-time high last week, as it exchanged for N400 at the parallel market.

Worried by the development, the marketers said if not urgently addressed, the pump prices of petrol would not remain at the approved rates.

A senior official of the Independent Petroleum Marketers Association of Nigeria, Dibu Aderigbigbe, had earlier said that the forex crisis might lead to a further hike in petrol price if it persisted.

The government liberalised the downstream sector of the petroleum industry on May 11, 2016 and announced an increase in the pump prices of petrol from N86 and N86.5 per litre to between N135 and N145 per litre.

It also stated that the market was to be driven by the factors of demand and supply, as it was now largely in the hands of private sector players.

But oil marketers said on Monday that, despite the competition in the business, they were struggling to retain the price of the Premium Motor Spirit within the approved range.

Baru however told reporters that he was not aware of any plan to increase the price.

He said. “I have not been directed to increase pump price, even the other price was based on recommendation from the regulated body.

“I am not aware that they are planing to do any increase. You know there are several factors that necessitated that especially the issue of exchange rate that has moved and we don't expect any serious changes.

“So far, the request for forex for importation of gasoline popularly called petrol has been met, and our own supply situation is robust, we are meeting demands. We have over 1.4 billion litres on ground.

“So I don't see any basis for increase, however, the review could be done by the right body. You should contact PPPRA, that is the regulatory body as far as petrol pricing is concern.”

Before Baru's meeting with the President, Buhari had earlier met with the Minister of State, Petroleum Resources, Dr. Ibe Kachikwu.

Kachikwu did not speak with reporters at the end of the meeting.