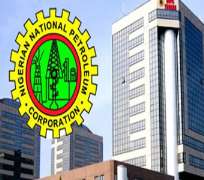 The Group Managing Director of Nigerian National Petroleum Corporation (NNPC), Dr Maikanti Baru, has dismissed reports that the corporation will soon announce an increase in the pump price of Premium Motor Spirit (PMS).

A section of online media had reported that because of the high cost of foreign currencies, NNPC had concluded plans to increase the pump price of PMS from N145 per litre to between N170 and N200.

Baru, however, denied any knowledge of the price increase, saying that there was no directive to that effect.

He said that importers of the commodity had no justification to increase the price as their foreign exchange demands had been met and supply of the fuel was robust.

'I have not been directed to increase pump price, even the other price was based on recommendation from the regulatory body.

'I'm not aware that they are planning to do any increase, you know there are several factors that necessitated that ,especially the issue of exchange rate that has moved and we don't expect any serious changes.

'So far the request for forex for importation of gasoline, popularly called petrol, has been met and our own supply situation is robust, we are meeting demands.''

The managing director, however, revealed that Petroleum Products Pricing Regulatory Agency (PPPRA) could review the prices of petroleum products when necessary.

He said that NNPC currently had in stock over 1.4 billion litres of PMS for sale to the public at government controlled price of N145 per litre.

'We have over 1.4 billion litres on ground.
'So, I don't see any basis for increase; however, the review could be done by the right body, you should contact PPPRA, that is the regulatory body as far as petrol pricing is concerned,'' he said.