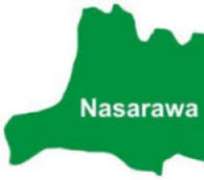 Nasarawa state government said on Tuesday that it has concluded arrangements to install automated flood warning devices in all coastal settlements across the state to check flood disaster.

Mr. Gabriel Aka'Ka, State's Commissioner for Environment and Natural Resources, said the effort was to mitigate the devastating effect of flood disaster in the state.

According to him, the state was hit hard by the flood disaster in 2012 leaving scores dead and property destroyed.

Aka'Ka said that the state government had taken some steps since then to ensure that there was no repeat of the catastrophe.

'Government have created buffer zones for people residing along flood plains to relocate in case of emergency and embarked on intensive public enlightenment aimed at mitigating the effect of flooding.

'We have manual flood gauge mounted in some places in Umaisha and Tunga, and trained community members to monitor water level and evacuate people when necessary to avert flood disaster.

'However, manual gauges are insufficient, hence the need for automated flood warning equipment that will be monitored in a central point for citizens to be rescued promptly if there is a flood disaster,' Aka'ka said.