2016 Hajj: Buhari and the Challenge of Separating Mosque and State 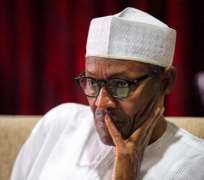 Nigerian President, Muhammadu Buhari, is at it again. Last year, when he pledged to stop state sponsorship of pilgrimages, some people were skeptical about Buhari’s intentions. They doubted if he would, given his religious track record, make good his promise. On the other hand, many people applauded the move and thought that Buhari had truly become a ‘converted democrat’. But they were mistaken. The Nigerian president has proved the skeptics right and just as he did in the case of some election campaign promises; he has backtracked on the pledge to lead a government that does not fund religious pilgrimages.

In fact since he became the president, Buhari has consistently violated Article 10 of the Nigerian constitution by merging and meshing mosque and state. He has gone about his presidency privileging Islam in his activities at Aso Rock and officially discriminating against non-Muslims and non-believers in the country. Contrary to his statement in the inaugural address, that he belonged to everybody and he belonged to nobody, Buhari has, in the last 12 months made it clear to all Nigerians whom he belonged to – the religious body particularly the Islamic body. This is not to say that Buhari as a muslim should not practice his religion, Islam. No, not at all. There is a clear difference between the Nigerian president practicing his faith and the Nigerian president using the state mechanism to fund and further his faith. Buhari is doing the latter not the former.

I mean, how else does one explain many of Buhari’s unilateral decisions to use state resources to fund and subsidize religious activities particularly Islamic programs and events even when his government says the country is broke and has no money to pay salaries, execute capital projects or put in place programs that create jobs and alleviate poverty in the country. Though it has been confirmed that Nigeria is in recession and the economy may not experience any meaningful growth for some time, Buhari went about sponsoring breakfast during the Ramadan at the expense of the state. In fact he used the Ramadan period to feast his political and Islamic friends and associates while most Nigerians were languishing in hunger and reeling under the weight of Buhari inflicted recession.

In the past few months the country has witnessed the revival of activities at the Aso Rock mosque, the Islamic counterpart of the Aso Rock chapel and this religious structure is maintained at the state expense under the watch of a president who pledged to be frugal in using state resources.

But nothing is more troubling than the recent directive to CBN to subsidize the costs of Hajj. This directive is worrisome because as part of his fight against corruption, Buhari has been trying to recover funds that were ‘stolen’ and used to fund OTHER political campaign activities, but he has kept mute on state monies that were apparently used to sponsor religious pilgrimages, construct mosques, pay Imams, financially reward Christians who converted to Islam, feed Muslims during the month of Ramadan etc. Why is Buhari not interested in recovering these stolen funds? Why is he not extending his fight against corruption to investigating state funds that were used to finance HIS own religious activities?

Well the reason is not far fetched. Buhari is part of the same religious business. He is an unconverted Islamic theocrat. The Nigerian president subscribes to mixing religion and politics and to using religion particularly Islam for political ends and using politics for Islamic religious ends. He is not backing down no matter what. He is not relenting in using his position to please Allah and to further the cause of Islam so that he would be reward in the hereafter.

How else does one make sense of his recent directive to the Nigerian Central Bank to sell dollars to Muslims who are going on Hajj this year at 197 for a dollar at a time Nigerians are going through serious economic and financial difficulties. Buhari has consistently blamed the government of Goodluck Jonathan for wasting state resources, yet he is giving state subsidy to Nigerians going on religious tours and literally contributing to the economy of Saudi Arabia. Is that not wasteful of the state resources? How does subsidizing 2016 add value to the country’s economy? How does it help get the country out of its current recession?

Look, based on this directive, each Muslim pilgrim gets up to a thousand dollars at this rate and banks have been told to charge no interests for this transaction. It was in June that the Nigerian Central Bank decided to unpeg the naira and the parallel market value of naira now is about 400 naira to a dollar. Going by that calculation, the Buhari government is giving a hundred percent subsidy to tens of thousands of 2016 Hajj pilgrims from Nigeria. But there is more to this subsidy.

Indirectly, Buhari is encouraging Hajj pilgrimage, undermining the separation of mosque and state by literally using the state machinery to promote Islam. Particularly Buhari is creating an avenue to fritter away state funds because in the coming days and weeks, Hajj would become another scheme for acquiring cheap dollars from banks and then selling at a hundred percent profit at the parallel market using the Muslim connections. Sai Buhari, Amīr al-Mu'minīn

Yes, Buhari has made going to Hajj a lucrative business. He has made being a Muslim financially rewarding. Literally, President Buhari is fiddling religiously, while the country burns. This is annoying because those who used state funds to fund their elections and party campaign activities have been deemed corrupt and are being prosecuted. And now Buhari has, while fighting a ‘corrupt’ practice on one hand, aided and abetted corruption on the other. Buhari has made a corruption scheme out of 2016 Hajj. Performance of Hajj is and should the private business of muslims who can afford it without any government interference, without state subsidy

Disclaimer: "The views/contents expressed in this article are the sole responsibility of Leo Igwe and do not necessarily reflect those of The Nigerian Voice. The Nigerian Voice will not be responsible or liable for any inaccurate or incorrect statements contained in this article."
Articles by Leo Igwe
14-4-2017  Meningitis Outbreak: Questioning The Existence And Potency Of Allah6-4-2017  Invisibility Of Atheism: Exploring The Phenomenon Of Worldly Religion In Africa2-1-2017  Gender Equality And Misogynistic Islam In Nigeria13-11-2016  Building Mosques And Economic Recession In Nigeria6-11-2016  Islam: No Justice For Victims Of Blasphemy Killings In Nigeria?More...