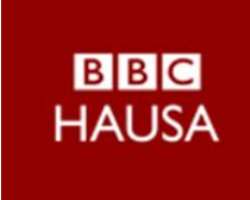 BBC Hausa is today launching its first ever short story writing award for female writers. The contest is open to all women writing in Hausa irrespective of their nationality or experience.

Entries for the award must be original works between 1000 to 1500 words. A panel of judges will select one winner and two runners-up and will be looking for engaging works of fiction on any subject. Entry to the contest opens next Monday 1st August and the closing date is Friday 16th September 2016. Entries are to be submitted to [email protected]. Starting today, aspiring writers will be able to pick up writing tips from some prominent writers on BBC Hausa radio and online.

Jimeh Saleh, Acting Editor of the BBC Hausa Service, says: “We want to make sure women’s voices are heard especially in areas where they are not always as commonly represented. The contest is intended to promote the culture of writing among women and also give them a platform to express their creativity because historically, women in Africa have been known to be great custodians of folklore and gifted moonlight story tellers.”

The BBC Hausa audience will be able to hear a selection of the stories on air in the coming months. The winner and two runners up will each receive a cash prize and plaque at a special awards night in Abuja on Monday 17th October 2016.

Details of how to enter and the full terms and conditions are available on bbchausa.com.

BBC Hausa is part of the BBC World Service and reaches 23.3 million people on a weekly basis. It broadcasts to Hausa-speaking audiences, providing radio, online and TV content in West Africa as well as to diaspora audiences.