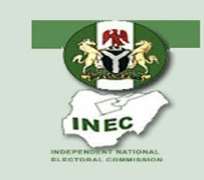 Few days to the July 30 inconclusive rerun in Rivers State, the office of the Independent National Electoral Commission (INEC) was bombed Friday in Bori-Ogoni, the traditional headquarters of Ogoniland and the seat of Khana Local Government Area of the state.

Rivers Elected Councilors Forum in the 8th Legislative Assembly, through its Secretary, Ekine Nkrokeokia, accused desperate politicians of being behind the arson, and urging security agencies to ensure thorough investigation.

The elected councilors described the bombing of INEC office as very unfortunate, condemnable, wicked and ungodly, while accusing desperate politicians of trying to create unnecessary tension and crisis in the state, thereby preventing the election of popular candidates.

Also speaking, the state Chairman of the Peoples Democratic Party (PDP), Chief Felix Obuah, through his Special Adviser on Media, Jerry Needam, accused members of the All Progresives Congress (APC) in the state of bombing the INEC office in Bori, in view of their unpreparedness for the polls.

But, the state Chairman of APC, Chief Davies Ikanya, through the party's Publicity Secretary, Chris Finebone, declared in a telephone interview that Obuah, Needam and other members of the PDP in the state should be held responsible for the arson, insisting that APC members were fully prepared for the elections.

The rerun will hold in eight LGAs, spread across the three senatorial districts of the state.

Investigation Friday in Port Harcourt revealed that the INEC office was bombed in the early hours of Friday by yet-to-be identified persons.

The Rivers Police Public Relations Officer, Nnamdi Omoni, a Deputy Superintendent of Police (DSP), disclosed that investigation into the incident had been ordered.