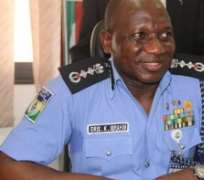 Barely a week after a Lagos traditional ruler, Oniba of Iba Town, Oba Yushau Oseni was kidnapped in his palace, his abductors have explained the reason behind their action, just as they contacted the family Friday demanding N500 million ransom before his release.  It will be recalled that the 73-year-old monarch was abducted by gunmen, last Saturday, 16th July, 2016 and shot five persons including the wife of the monarch in the process. Three of the victims died while two survivors were said to be recuperating in different hospitals. The deceased were identified as 25-year-old, Riliwan Rasak, an artisan, Sunday Okanlawon, the palace guard and a-yet-to-be-identified commercial motorcycle operator.

When Saturday Vanguard visited the palace of the monarch at about 1:30 pm, sympa-thizers continued to throng the residence to console the family and pray for the safe return of the Oba. In an interview with Saturday Vanguard, a palace source who preferred anonymity, disclosed that the abductors have contacted the family and demanded N500 million before he would be released. However, the source said that during the conversation the family begged the abductors to consider the health of the monarch and release him to the family. The plea, it was gathered fell on deaf ears as the abductors told the family that Lagos monarchs are rich and can afford the huge ransom.

According to the source, “They (kidnappers) said that they are aware of the dignitaries including the Deputy Governor, Dr. Idiat Adebule who had visited the family and  that the dignitaries can afford the ransom Reason for abduction. On the reason for his abduction, the family source said, “They (kidnappers ) said that he (Oba) is highly influential in the Governor Akinwunmi Ambode administration and the administration recognises his contribution to the development of the state. But a member of the family who spoke with the abductors begged them yet they refused even as they assured the family that the king was safe with them.” It was also gathered that the abductors claimed that they abducted the monarch as a warning to the Federal Government and to attract the attention of both the Federal and state governments.

According to one of the palace staff, “the kidnappers during conversation argued that they could not continue their pipeline vandalism because President Muhammadu Buhari's administration has intensified security around the pipelines, hence, the option of kidnapping.” The kidnappers were said to have threatened that it was the beginning of their operation, saying, “South-West states should be prepared for more.” One of the children of the monarch, said the family members of the Oba have gone into serious prayer sessions as immediate and extended families of the monarch were worried over his state of health and continued captivity. “We are appealing to them (kidnappers) not to hurt him and allow him return home safely”, he begged. Meanwhile, one of the monarch's daughters and former boss, Iba Local Government Council, Mrs. Ramota Oseni, admitted that the abductors had contacted the family since July 20 but the family decided to make the ransom public as they could no longer resolve it internally.