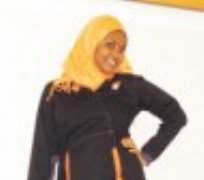 The Court of Appeal sitting in Lagos State will on Thursday deliver judgement on whether or not students in public primary and secondary schools in Lagos State should be allowed to put on Hijab (Muslims headscarf) with their school uniforms.

In a hearing notice made available by the court, the judgement would be delivered in Court Two by nine o'clock.

The special panel of the Court of Appeal set up to hear the case had previously reserved its judgement on Friday, May 27.

During the panel hearing, the presiding justice, A.B. Gumel, also asked parties involved in the case to update their defence documents.

Other Justices in the five-man panel set up by President of the Court of Appeal, Justice Zainab Bulkachuwa are Justice M. Fasanmi, Justice A.

‎The case is between Asiyat Kareem (Minor) suing through Mr. AbdulKareem Raji; Mariam Oyeniyi through Mr. Sulaimon Oyeniyi; and Muslim Students' Society of Nigeria, Lagos State Area Unit, and Lagos State Government (LASG) and others, who were the respondents.

It would be recalled that Justice Amina Augie earlier affirmed that granting of right to Muslim students to wear Hijab in Lagos State schools needed constitutional interpretation.

Justice Augie while granting the right to hear a case on the Hijab matter on May 3rd, asked the appellants to write the President of the Appeal Court to set up a full court (of five justices) to hear the case.

In the case, the appellants want the judgement of the lower court to be reversed, while the defendant wants it to be upheld.

The Muslim Students' Society of Nigeria, Lagos State Area Unit, however, expressed optimism over the outcome of judgement.

The Amir (President) of the MSSN Lagos, Mallam Saheed Ashafa, in a press statement, said the position of the constitution was clear on Freedom of Religion, Conscience and Thought.

He reiterated that it was a mere deceit to say that the uniform being worn to school were not religious.

He said, “It is appalling that despite the recognition of freedom of religion in the Nigeria constitution (Section 36) and United Nations Charter, we still need to labour this much. This is enough victimisation.

“Without bias, an abuse carried out against anyone’s freedom to practise the tenets of his/her religion is a disrespect and disregard to the constitution and it constitutes a grievous abuse on human right."