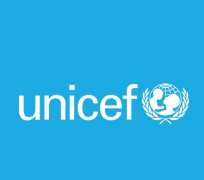 Approximately two-thirds of men, women, boys and girls in countries where female genital mutilation is common say they want the practice to end – according to UNICEF data.

In countries with available data, 67 per cent of girls and women and 63 per cent of boys and men oppose the continuation of the practice in their communities.

“Although female genital mutilation is associated with gender discrimination, our findings show that the majority of boys and men are actually against it,” said Francesca Moneti, UNICEF Senior Child Protection Specialist. “Unfortunately, individuals' desire to end female genital mutilation is often hidden, and many women and men still believe the practice is needed in order for them to be accepted in their communities. ”

Data show that in some countries men oppose FGM more strongly than women. In Guinea – the country with the second highest prevalence in the world – 38 per cent of men and boys are against the continuation of FGM, compared to 21 per cent of women and girls.  The same pattern is seen in Sierra Leone, where 40 per cent of boys and men want the practice to end, compared to 23 per cent of girls and women.

The most striking difference between men and women's perceptions regarding FGM is also in Guinea, where 46 per cent of men and boys say FGM has no benefit, compared with just 10 per cent of women and girls.  The findings also show that in just over half the 15 countries with available data, at least 1 in 3 girls and women say FGM has no benefits.  The proportion is very similar among boys and men in all but two of the 12 countries with data.

In addition to a large majority of people opposing the harmful practice where it is concentrated, there is evidence of growing momentum and commitment to end FGM.

In 2015, both Gambia and Nigeria adopted national legislation criminalising FGM.  More than 1,900 communities, covering an estimated population of 5 million people, in the 16 countries where data exist, made public declarations to abandon FGM.  The Sustainable Development Goals adopted by the UN General Assembly in September 2015 include a target calling for the elimination of all harmful practices such as female genital mutilation and child marriage by 2030.

UNICEF's research also reveals a possible link between a mother's education and the likelihood that her daughter will be cut.  Among the 28 countries with available data, around 1 in 5 daughters of women with no education have undergone FGM, compared to 1 in 9 daughters with mothers that have at least a secondary education.

At least 200 million girls and women alive today in 30 countries around the world have undergone FGM – a range of procedures that can cause extreme physical and psychological pain, prolonged bleeding, HIV, infertility and death.

“Data can play an important role in exposing the true opinions of communities on female genital mutilation,” said Moneti. “When individuals become aware that others do not support the practice it becomes easier for them to stop FGM. More work is needed with young people, men and women, entire communities and religious and political leaders, to highlight these findings, and the harmful effects of FGM, to further accelerate the movement to end the practice.”

UNICEF and UNFPA co-lead the largest global programme to encourage elimination of FGM. It currently supports efforts in 17 countries – working at every level, from national to communities.