Why Christians should be perfectly fine with alcohol 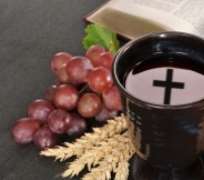 This past week, South Carolina megachurch NewSpring asked its founding pastor, Perry Noble, to step down. While the specific reasons have yet to come to light, excessive use of alcohol was cited as the main reason for the board of directors' action. This unfortunate incident has been seized on by those who believe Christians shouldn't drink alcohol to further their agenda.

For years now, people have been asking me to write a defense of the recreational use of alcohol by Christians. I've resisted because, for one thing, from my perspective, it's unnecessary. I'm not a member of a church where this is an issue; and, as far as I'm aware, none of my friends who live close enough to hang out with me care that I drink beer.

For another thing, there's never really been a lynchpin moment that seemed to require someone who holds to my position to wade into the fray. With the firing of Perry Noble, however, that's changed.

With the old reasons why Christians shouldn't drink alcohol being dusted off in the wake Perry Noble's firing, now seems like a good time to tackle the subject. There is much confusion and misinformation floating around American evangelicalism about alcohol.

Hopefully, and Lord willing, with this article, I'll answer a few questions and provide a counter perspective to those using a bad situation to decry the recreational use of alcohol by Christians. To that end, I'm going to briefly interact with three frequently used objections.

1. The Bible has a negative attitude towards alcohol.

Proof-texting verses from Proverbs about wine being a mocker, well-meaning Christians declare that the Bible's negative attitude towards alcohol demonstrates that Christians in the twenty-first century would do well to abstain. Except, the Bible doesn't have a negative attitude towards alcohol; quite the opposite, the Bible takes a positive and affirming posture towards the consumption of alcohol.

The storyline of the Bible is filled with men and women of God who imbibed to the glory of God. Even Jesus Christ enjoyed wine. So much so, in fact, that according to Luke 7:34 people accused Jesus of being a drunkard.

If the Son of God drinking wine doesn't convince you, in Deuteronomy 14:22-26, God gives the Israelites instructions regarding their tithes. Every year, they were to travel to a place set apart by God to, well, party. In verses 25 and 26, God tells those who have a long way to travel to turn their grain, oil, and flock “into money and bind up the money in your hand and go to the place that the Lord your God chooses and spend the money for whatever you desire – oxen or sheep or wine or strong drink.”

Honesty demands the recognition that the Bible looks unfavorably on drunkenness. But the same Bible views wine and strong drink as a positive good in connection with celebration for the praise of God's goodness. One day, upon Jesus' return, we will feast and drink with our King who enjoyed feasting and drinking Himself.

2. Drinking alcohol is a poor testimony.
Having grown up in an environment that believed the consumption of alcohol by Christians to be anathema, I was shocked at my first bartending job to discover people praying over their beer. My co-workers were confused by my confusion. For them, there was no contradiction in customers thanking God for their alcohol.

But, most people consider it slightly weird if Christians don't drink; especially considering the overwhelmingly positive affirmation in the Bible for drinking alcohol. For most Christians, enjoying beer does not negatively affect their gospel witness.

Chances are, many who read my claims about people in the Bible drinking wine are preparing to use the comment section to lecture me about how the wine of the Bible had much less alcohol than the wine of today (some will even claim that it was unfermented). For me, this is a frustrating assertion to deal with because it's untrue, and it doesn't make any sense.

I have heard ad nauseam the claim that natural yeast tops out at 8 percent abv (alcohol by volume) before dying. This half-truth is used to support the assertion that wine in the Bible had a much lower alcohol content than today's wine.

While it's true that the hanseniaspora and candida strains of yeast are fragile and die out between 5 percent and 8 percent (most candida strains ruin wine, by the way); it's a half-truth because there are several types of natural yeast that can produce an abv just north of 16 percent. The yeast strains in the saccharomyces family are sturdy and the natural yeast most often found on grape skins.

There are several variables that help determine how much sugar is converted into alcohol by yeast. One of the more important variables is the amount of sugar available for the yeast to “eat.” And in God's kind providence, grapes grown in Israel are known for their high sugar content.

As far as diluting wine, the ancient Hebrews frowned upon the dilution of wine. This is why in Isaiah 1:21-22 the prophet compares the apostasy of God's people to diluted wine. In the ancient world, diluting wine was a sign of bad wine, usually salted wine.

One final point in reference to ancient wine: due to Roman innovation, wine during Jesus' day was being consistently produced with an abv around 15 percent — a higher abv than most of today's table wine.

None of that really matters, however, when you consider that the Bible's strictures against drunkenness mean that whatever the abv was, it was high enough to get someone drunk. And the ancient Hebrews had a bevy of alcoholic drinks to choose from – barley beer, raisin wine, and a date wine that archeologists know was around 15 percent abv, to name three.

Those who preach teetotaling often discuss alcohol with attitudes that are not found in the Bible. The abuse of alcohol by some, even by a high profile pastor like Perry Noble, does not justify creating law where God did not. If you can't drink alcohol in full faith before God, then don't. But know that after Jesus returns, your King is going to serve you wine at His feast.