Meeting held in my house, but not on Buhari's impeachment: Senator Wamakko 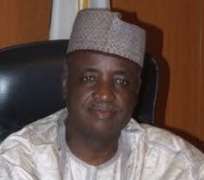 Senator Aliyu Magatakarda Wamakko   denied Wednesday reports alleging that he hosted a series of meetings that mapped out plans on how to impeach  President Muhammadu Buhari.

The former governor of Sokoto State denied having any knowledge of that meeting, but acknowledged that a meeting held in his residence for a different purpose..

Wamakko said in a  statement he personally signed that “a meeting was only held in my residence towards finding amicable solution to the frosty relationship between the Executive and Legislature”.

The statement said, “My attention was drawn to a false and malicious story published by an online newspaper that a series of meetings were held in my residence to strategize on the impeachment proceedings of President Muhammadu Buhari.

“To set the records straight, a meeting was only held in my residence towards finding amicable solution to the frosty relationship between the Executive and Legislature.

“We have observed the growing disharmony between the two arms, and we resolved that finding amicable solution to the impasse will move the nation forward and give the president focus to pursue his Change Agenda.

He said “As a principled politician, I have no cause to scheme against the president and the party I campaigned for or the cause I believe in.

“Let me once again reiterate that we hold the president in high esteem, and we will do our best towards ensuring that there is cordial relationship and harmony between the two arms,” Wamakko said.