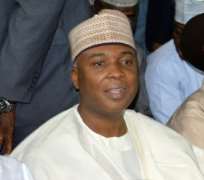 Saraki hinged his assertion on the  ongoing alleged forgery case of the 2015 Standing Order against him and by extension, the National Assembly.

To him, that is a clear indication that President Muhammadu Buhari is not in charge of governance, alleging that there is a government within a government.