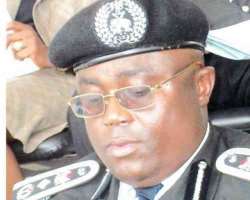 Inspector General of Police, Onovo O. O.
The Nigeria Police Force has been listed as the leading abuser of journalists' rights by the media watchdog, Reporters Without Borders.

It said that the NPF, with poorly trained policemen, was 'encouraged to use violence against journalists.'

'Nigeria is one of the world's most violent countries for journalists and the national police are largely to blame, ' RSF said in a statment on Monday.

It, however, said that it had removed the State Security Service from its predator list, because it 'has been reined in.'

The group named the world's 40 worst 'predators of the press' to include politicians, religious leaders and militias, in the statement to mark World Press Freedom Day.

'They are powerful, dangerous, violent and above the law. These predators of press freedom have the power to censor, imprison, kidnap, torture and, in the worst cases, murder journalists,' the Paris-based group said.

The Taliban leader, 'whose influence extends to Pakistan as well as Afghanistan, has joined the list because the holy war he is waging is also directed at the press,' the RSF said.

Omar's 'thugs threaten local reporters who do not relay his propaganda,' while around 40 Taliban attacks directly targeted journalists and news media in 2009, it said.

'The threats to journalists reinforce the Taliban's sway over the population and create news black holes in the south and east of Afghanistan and in western Pakistan,' RSF said.

Under Kadyrov, the watchdog said 'anyone questioning (his) policies… is exposed to deadly reprisals.' The group cited the murders of reporter, Anna Politkovskaya, and human rights activist, Natalia Estemirova.

Yemen's President Ali Abdulah Saleh was branded a 'predator,' after the country set up a special court for press offences; in what the group said was a bid 'to limit coverage of dirty wars being waged in the north and south of the country.'

The entry on Saleh noted, 'Eight independent newspapers are currently subject to a printing ban for 'separatism.'

Private militias in the Philippines were also added, following the massacre of around 50 people, including 30 journalists, by 'the local governor's thugs' in Maguindanao province in November last year.

In Italy, 10 journalists were forced to work under police protection, including Robert Saviano, the author of Gomorra, an indictment of organised crime there.

RSF also removed several Iraqi Islamist groups, arguing that while levels of violence remained high, journalists were no longer being singled out.

According to an RSF tally, nine journalists have been killed in 2010 and 300 media professionals are in prison.

He described the police and the press as 'partners in progress.'

Ojukwu said, 'The Nigerian Police and the press are working harmoniously and there is no antagonism between them.

I have not seen the report by the Reporters Without Borders, but their stand is not correct.'