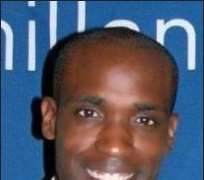 As I predicted a year ago the Nigerian economy is on the verge of a full blown recession, the naira is crashing and the government is forced to undergo a devaluation because the Administration of President Buhari refused to do the right thing and increase taxes progressively on Nigeria’s wealthy. His finance minister finally announced that the government is submitting plans to amend and overhaul the nation’s tax laws several weeks ago. Yet the announcement is too little too late, as the Nigerian economy has already collapsed and contracted over the last year.

The issue of government revenue is at the heart of Nigeria’s economic downfall. In the past the government had relied almost entirely on revenue from oil to fund itself and stabilize the national currency and exchange rate, while collecting little if anything from the businesses and especially the individuals who live, work, and do business in Africa’s largest economy. What is shocking is while the masses that are still living in poverty in Nigeria cannot afford to contribute much to the government, they have still been asked recently by the government to pay stamp taxes by the on all bank deposits over 1000 naira.

In addition, the general public has faced heavy electricity tariffs and increases the cost of petroleum after the commodity was deregulated nationwide. Despite all the increases in taxation on the masses, the government of President Buhari has not so much as lifted a finger to increase the tax burden on Nigeria’s most affluent citizens and residents. All the while he continues pleading with the public to be patient with him and his administration, while the economy spirals downward, and he pretends as if there is nothing else that they could possibly be doing, [sic].

The primary plan that the Buhari administration had for fixing Nigeria’s revenue shortfall was by recovering looted funds and plugging the holes of revenue leakage caused by endemic corruption throughout the public sector. In this, the government has been successful in setting up a single account where all revenue is to be remitted and removing “ghost workers” from the payroll.

In recovering loot, despite the misinformation and propaganda being spread by the “Information Minister”, the government has failed to recover any substantial loot and return it in the form of cash to the national treasury. Foreign reserves and overall government revenue remains way down. Given the current situation, this condition is likely to continue for a while. The only tangible strategy that the administration has yet to commence or seriously look into, is the massive progressive taxation overhaul in Nigeria I called for a year ago!

The elitist nature of Nigerian media houses, so-called media bloggers, political and economic establishment has suppressed the idea of calling on themselves to pay more into the system because it does not suit them and their interest. Yet their lack of contribution to Nigerian state revenue over the years is the primary reason the economy is in a downward spiral today.

To be clear, the greatest crime being committed against the Nigerian public today, is the “free ride” that Nigeria’s economic elite are getting, all while bilking the state and consuming a disproportionate amount of public resources!

The amount that the Nigerian elite owe to the Nigerian national treasury, BY FAR, outweighs the amount of revenue that has been stolen from the state due to political corruption, mismanagement, and outright theft by officials. As hard as it may be for some to believe, if a fair taxation regime was put in place in Nigeria, the amount of money the government would collect would make the money that the Buhari administration is seeking to recover from the corruption war look like pocket change.

Further, it would cast doubt on the governments exclusive obsession with chasing loot while ignoring the paramount tax overhaul until deep into the second year in power. It is not clear at this time how far the administration plans to go with their overhaul, or if it will even be progressive and fair, or whether it will close the loopholes that allow multinationals like MTN to send their profits offshore.

There are several key reasons why Nigeria’s elite owe much more to the Nigerian nation than they presently pay into the system. First, the more you have, the more you require from the state to protect you and the possessions that you have. Most Nigerian’s know the communities where most Nigerian elite reside and own homes receive far more police, military, and naval protection. This additional security they receive should come at a cost, yet many of them are not asked to pay more.

The fact that they own fleets of cars, boats, and planes, that few Nigerian’s could ever afford, also places additional burden on the state to provide them with adequate security to own these things. Many Nigerian elite own several homes in the country, which also puts further strain on the nation’s security resources to protect their multiple homes. Throughout the rest of the world, people who own multiple cars and homes pay more money to the nation they live in for the privilege of owning these luxuries. Yet in Nigeria, the elite get a free ride for much of this, get to live in the safest areas, all at the expense of the masses.

What should come as a shock to many Nigerians is that many Nigerian elite, who live, work and do business in Nigerian, own property abroad and pay more money to foreign countries for the privilege than they do in Nigeria where they make the majority of their earnings. Nigerians who own second homes in London for instance pay more money to the British crown than they do to the Nigerian national treasury for their multiple homes compounds they own in Banana Island and Abuja.

It is utter stupidity, incompetence, unaccountable dereliction of duty, and political malpractice for the administration of President Buhari, who call themselves “progressive” to allow this to continue any longer. Ending the “free ride” for the elite alone would have prevented our economy from its current downward spiral and deep recession we are now seeing. With oil prices around 50 dollars a barrel, the Nigerian government makes enough foreign exchange to stabilize the national currency. The issue is that the government is not raising enough money domestically to sustain itself. The key deficiency is the elitist-serving taxation regime that currently exist allowing Nigerian elite a “free ride” while dragging down the entire nation.

Luxury taxes should be collected at screening of foreign films, and for satellite broadcasts of foreign programmes. Foreign brewed wines, champagnes, beers, cigarettes, and other non-essential items and luxuries should be reviewed for luxury taxes. These reforms are long overdue, and the sun should not sent on 2016 before the Federal Government of Nigeria collects what it is owed from the individuals to whom these measures pertain.