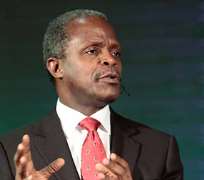 She said the new debt management strategy was based on the medium term expenditure framework designed by the Ministry of Budget and National Planning on the assumption that the nation’s domestic debt would be reduced from one percent of GDP to 0.7 percent by 2019.

According to her, “This strategy would govern how we manage our borrowings for the next three years. FEC made it very clear that we must make sure that our costs are low and manage the foreign exchange risks. They agreed that it’s cheaper to borrow externally, but we must manage the risk involved.”

The minister also stated that the government would need to be borrowing at the most cost effective rate and and beneficial terms.

Adeosun said while approving the new debt management strategy, the FEC suggested that as more of the nation’s debt was being moved to dollars, focus should be more on exports, especially non-oil ones.

“There was a lot of discussions around reforms that we’d be needing in customs and other ministries to make it easier to export Nigerian goods and agricultural produce and solid minerals because there is demand at the moment.If we do this, it’d create foreign exchange earnings so that these borrowings which are in dollars when they need to be repaid, we’d have dollar revenues to pay them,” she added.

She said the council also discussed multi-lateral loans from the World Bank, the African Development Bank and others, stressing that ministers raised concerns “that some of the previous  agreements that Nigerian government entered into were not optimal.”

She said the council agreed that those were not grants, but loans and therefore Nigeria should be confident enough to negotiate with some of those institutions to make sure that those loans were on advantageous terms to Nigerians. - Daily Trust.