Getting Married Slowed Our Career Down- Artquake 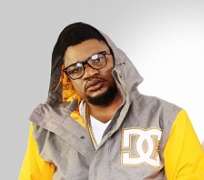 Who still remembers Artquake? The duo, Adex and Ice K who sang that hit song 'Alanta' in 2009 have not been able to replicate their success after that. The two had revealed that getting married had slowed them down from moving to the next level of their career.

They said “When we released 'Alanta,' we slowed down because of marriage but that is natural. We also thought of diversifying and see what we could do apart from music to make money. That was what made us slow down but we did some music afterwards. We met our wives before we released 'Alanta' and they have been enduring with us before that song, so that made it a lot easier.”

They added “ If they were ladies that we met after 'Alanta,' we can't tell what would have become of the marriage now because it would have been obvious that they came for the fame. These two ladies are people who have been with us before the mega hit and the big money. I remember there was a time we used to live in a self-contained apartment in Surulere and these ladies used to come around. They believed in us and did not forsake us.”

They had signed four artistes to their music label. “…In 2015, we decided to rebrand so we brought new artistes to our record label, AQM Records. The four guys we signed have been with us for a while and we have been watching them. We felt it would be very bad for us to see talents and look the other way. We had a proper contract with them and we put some welfare in place for them. We got them an apartment and give them a monthly welfare package. We have shot a video with them as a group and then we began to release their individual projects. That is what we have been up to. Artquake is also working on new materials but our new signees also slowed us down a little,” they said.