Militancy In The Niger Delta Region: The Facts And The Fallacies 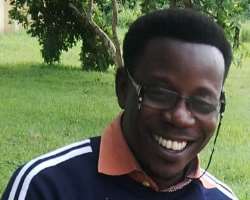 The Niger-Delta is the host of Multinational Oil and Gas Companies (MOGCs) operating in Nigeria. It supplies about ninety percent (90%) of crude oil and gas resources, which form the bulk of the Nigeria&apos;s mono-cultural economy. Since SHELL struck oil in Olobiri in 1956, the region has been riddled with paradoxes and the people are being confronted by catastrophe in spite of the region&apos;s colossal contributions to the economic viability of Nigeria as a nation.

And since the intensification of oil exploration and exploitation in the region, several oil-producing communities have been visited with grave consequences; lack of basic necessities while the ecological, social, political and economic problems precipitated by the parasitic oil and gas companies and the federal Government-the chief swindler and shareholder-still persist in their obnoxious and dehumanizing state. Precisely, the oil-producing communities have only known poverty, misery and sorrow. ‎

It is so pathetic that despite the natural disasters that plague the Niger-Delta, such as devastating flood, organic pollution, Oceanification, etc., the ecological disaster resulting from the activities of the oil and gas companies which include earth tremor via seismic activities, dredging and oil spillages emanating from equipment failure, maintenance error, pipeline corrosion or engineering error and gas flaring, pollute farmlands, fishing streams and ponds. All these pose great health hazards to the people living in the oil-bearing communities.

More than ever, the oil belt conjures a magnified picture to instability occasioned by poverty, stagnation, unemployment, criminal neglect and environmental degradation. According to Keith Myers, an associate fellow in the Africa programme with Chatham House, a British-based think-tank, he said; Environment degradation is one of many factors contributing to tension in the Delta.

The steamy oil-rich Niger-Delta and environment stress fuel violence. A very poor people sitting in an area where there is a lot of oil and all they see are negatives; ecosystem degradation or environment resource depletion. The guardian Monday October 11, 2004. Pg. 31&35-.

When environment and economic companies conditions deteriorate to unbearable level, the oil-bearing communities naturally react. The militant organizations in the Niger delta region are basically formed to arrest the gradual obliterations and annihilation of their society through the activities of oil exploration. The devastation is really awful. Successive governments have refused to be sensitive to be plight of the people of the Niger delta.

Even the government presence has been less inclined towards dialogue and less sincere in its approach, but rather a dilemma of witch-hunting people who are agitating for a just cause. The Niger Deltans are being intentionally schemed out of important decisions regarding the survival of the Region.

The emergence of this region formed the basis for the creation of the Nigerian state. The leadership of this country has woefully failed these people. The springboard for the formation of any militia organization in the region lies in the constitution of Nigeria that provided for self-determination.

It should be noted at this point in time that some abnormal situations necessitate abnormal reactions. These militant organizations resort to a state of arms struggle because government just wants to have everything determined on its own perspective. Anybody that disagrees with it automatically becomes an enemy.

It is imperative to gain this acquaintance that what is happening in the Niger-Delta should be perceived as accumulation of years of frustration. Let us accept the fact that gross negligence breeds frustration, and frustration breeds desperation. The incontrovertible fact is that both the federal government and the multinational oil companies were grossly negligent for too long a time about the welfare of the people and the communities of the oil bearing areas of the region.

The Federal Government of Nigeria, personified by our rulers, who themselves are Nigerians, are heading towards the total obliteration or the spilling of unqualifiable kilograms of blood of the indigenes of Niger delta just because it must explore the crude oil and gas at all cost, so must forcefully remove all, including any obstacles on its way to the exploration and exploitation of the crude oil and gas.

Curbing youth restiveness, however, is an enormous task that must embrace all stakeholder in the region; without the oil companies meeting with their Memorandum Of Understanding (MOU) and be responsive to their responsibilities instead of raising the tension in the area and branding the youths as been restive, the fundamentals of meeting the demand of curbing youth restiveness in the region will be difficult.

The oil and gas companies should see the host companies as a partner in progress; their rights should not be infringed upon by the companies. The federal government should tackle the problems of deprivation, neglect and poverty in the area with all serious mindedness in its quest to totally eradicate the perennial case of youth restiveness in the Niger Delta.

The youth decided to take to restiveness because of the manner the federal government spends huge money realized from the region in developing other areas to the detriment of the region The central government, in its furtherance for peace seeking, should urgently re-examine its youth policy and positively implements it.

It should also effectively implement all environmental protection laws. In an utmost urge, the NNPC /EPNL (ELF Petroleum Nigeria Limited) Joint Ventures and other oil and gas companies operating in the Niger Delta region, should bring the lessons of global event home by engaging in sustainable environment practices in their operations and activities.

By this, our environment would be made pollution free. The federal Government must involve the people of the Niger Delta region in decision making process as to avail them wide choices and opportunities of influencing the socio- economic and political agenda of the region. There should be an adequate and functional training and orientation of the youths. That, the federal government has to master the political will to initiate policies and programmes that will address the problem of the Niger Delta.

‎There should be an up grading and enhancement of the health facilities, education, housing and water supply infrastructure and to open up the entire Niger Delta with the provision of support infrastructure for water, canals, rails and safety air transportation of people and goods across the region. Also, the abrogation of all obnoxious laws and the practice of true federalism, resource control and self determination should be underscored.

The oil and gas companies should put the mischief of &quot;ghost workers syndrome&quot; to rest and the youth should desist from the dreaded antics. If the companies are interested in ghost workers, they (oil/gas companies) should enter names of everybody in each oil producing communities in their payroll in order to forestall any anticipated problems.

Then, for the youths, violence, acrimony and confrontation is not the way forward to solve problems of this magnitude. Youths should be all embracing and sort for legal means in order to articulate their intentions. No doubt, if neglected for too long, one would want to exhibit some level of stubbornness. Be that as it may, we should try as much as possible to follow due process in the pursuit of our fundamental rights. The government and the oil/gas companies must be ready to engage in genuine dialogue. This Government should pay adequate attention to the frustration of various nationalities so as to avert from impending crisis.

The government at the centre should know that establishing a Joint National Anti-Terrorism Squad is not the solution to the crises in the Niger delta region. Let us seek and embrace new wisdom in the use of power, directing it to constructive tasks, seeking the support of all others pledged to freedom and maintaining a keen vigilance to turn away counsels and emissary of destructions and despair.

Disclaimer: "The views/contents expressed in this article are the sole responsibility of the author(s) and do not necessarily reflect those of The Nigerian Voice. The Nigerian Voice will not be responsible or liable for any inaccurate or incorrect statements contained in this article."
Articles by Divramredje Lawrence Efeturi
25-5-2016  Bring Back Our Old National Anthem8-2-2016  Mohammadu Buhari: The Messianic Salvager16-1-2016  Highway Libation 10-8-2015  British Intervention In Nigeria—a Curse8-8-2015  A Synopsis Of How The Isoko Nation Came To BeingMore...