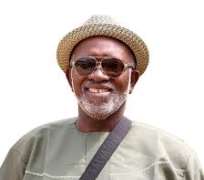 It is important to put certain issues in proper perspectives before speculations tear them in shreds, making it difficult to assemble the issues for comprehensive understanding. I am not from Okigwe zone, but I am an Imo indigene who is interested in one thing, development of Okigwe zone which to me will translate to the development of the larger Imo where I belong. So I will become a beneficiary of development in every part of Imo.

As a Development Journalist, history will not forgive me if I do not stake my position in the lingering inconclusiveness of Okigwe re-run election on the premise of security issues as presented by INEC. It is not my concern who wins or loses the election. We must understand that the people of okigwe zone cannot be subjected to interminable denial of their political and human rights by the same body that is supposed to provide those electoral rights.

In the press release issued by INEC office in Owerri which read in the second to the last paragraph ‘…in view of the foregoing, the members of the Inter Agency Consultative Committee on Elections and Security were invited. After due assessment of the security situation on ground, they advised that the safety of men and materials could not be guaranteed without casualties…a decision was taken to reschedule the election till further notice citing breach of peace as provided by section 26(1) of the electoral Act, 2010 (as amended) as reason’.

Granted that no lives should be lost in the course of election, it behooves INEC to partner all stakeholders, especially all security platforms to provide the necessary security to conduct the election, so that the people of Okigwe zone can begin to reap the dividend of democracy.

In this piece, I will address the electoral umpire, INEC and then later the contesting candidates will have me admonish them. It has been observed that since the suspension of election in Imo North district, INEC has conducted elections in more difficult terrains like Kogi, Bayelsa, Osun, Edo. The inability of INEC to hold the senate rerun election is tilting towards the same treatment meted to Oguta people who were denied representation over alleged issues of unrest.

If INEC can conduct election in more volatile areas it has no reason not to conclude the election and restore the political rights of the people who have been denied representation. It is unfortunate that the 2016 budget has been passed without the input of Okigwe zone because they have no senate representation.

I do not care who wins or loses or even the party. All I am are saying is that let the people of Okigwe zone have somebody at National Assembly to speak for them. I do not want a repeat of what happened in Oguta, where the people were denied representation for close to four years, leaving them with no visible development.

If INEC cannot conduct the election as soon as possible so that the people of Okigwe zone and by extension Imo state can have senate representation, it could cause the people a lot of democracy gains. Is INEC afraid that one party will win and the other will lose? Please I call on INEC to fix date for the election so that as issues of national importance are discussed at the senate, the people of Okigwe zone can have their own input via their representation.

The continued denial of Okigwe zone’s political rights is not in the best interest of all and sundry. The people cannot wait to have their voice reflect on the bills/motions that could transform the area. If all the development issues are discussed in the absence of an Okigwe zone representation, who then suffers the lack of development that might stare like a conundrum.

INEC should apologize to the people of Okigwe zone for leaving them without senate representative since December 2015. The electoral umpire should demonstrate its non-partisanship position by conducting the re-run election to avoid wrong signals being sent to citizens.

The electoral body cannot be using Okigwe zone and as always the entire Imo State as guinea pig to suppress the political rights of citizens. At this juncture, I call on INEC to remove Imo State from the list of areas in Nigeria where the current wave of inconclusive elections are fast taking strong root.

There is need also for President Mohammadu Buhari to call on INEC to ensure that all pending elections are concluded, especially that over 160 days had passed since Okigwe zone have been denied the representation rights. I think that INEC is setting bad precedence for the nation’s democracy that we are trying to nurture.

The L.C.M and H.C.M of this vignette is for my people of Okigwe zone to have a representation no matter who wins or loses so that the gains of democracy can while it is early trickle down. It will be unfortunate that while other zones are busy drawing development to their districts, Okigwe zone is still wallowing in a hollow street of political denial.

The senate representatives from other zones of the state should use their contacts and offices to prevail on INEC to conduct the re-run election so that all will be at par in terms of development. Imo stands on three tripods of senatorial development district. Can it really stand with one leg missing? The only way the two legs can stand balanced is for the third leg to be restored. That can be once the Okigwe zone re-run election is conducted. This is my contribution in moving my state forward.

Disclaimer: "The views/contents expressed in this article are the sole responsibility of Chigozie Uzosike and do not necessarily reflect those of The Nigerian Voice. The Nigerian Voice will not be responsible or liable for any inaccurate or incorrect statements contained in this article."
Articles by Chigozie Uzosike
1-8-2016  Our Ailing Democracy Will Bounce Back… If—csos1-8-2016  Us Convention: The Sides Of The Coin15-5-2016  The Gains Of Resolving High Profile Hibernating Corruption Cases11-5-2016  The Creation Of Development Charter For Electoral Re-engineering21-4-2016  Joining The Strong Voices For Completion Of Abandoned Projects In ImoMore...