How Nigeria's U-20 team beat Burundi 1-0 in Bujumbura 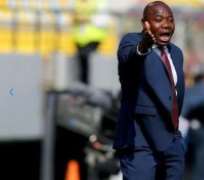 Nigeria's U-20 side,  on Saturday  defeated hosts Burundi 1-0, in a CAF U-20 AFCON qualifier in Bujumbura.

After a goalless first half, Chukwudi Agor grabbed the winning goal in the 64th minute to give Nigeria a good chance of completing the work next month to set up a clash with Sudan..

The second leg will be played in Calabar next month, with the winner over the two legs going on to face Sudan, for a place in the tournament in Zambia next year.

Nigeria is the current defending champions.
Kingsley Michael, Samuel Chukwueze and captain Kelechi Nwakali all came close to putting Nigeria in the lead in the first half, but failed.

The second half belonged to the Flying Eagles. Nwakali and Chukwueze were impressive with some neat dribbles and runs and their efforts finally paid off as Chukwudi Agor capitalized on good work by the duo and sold a dummy before unleashing a grounder from the edge of the box that sailed into the opponents' net for the only goal of the match. The scoreline stood that way at full time and gave the few Nigerians present at the stadium cause to celebrate.

Flying Eagles Coach, Emmanuel Amuneke, admitted after the game that he was impressed with the performance of his boys and praised the host team for giving Nigeria a good test.

Accompanying official Sunday Okayi told thenff.com that the reigning African champions played against 'grown men' and had to rely on skill and technical superiority to keep the hosts in check. The team will return to the country on Monday May 23, aboard an Ethiopian Airline flight from Addis Ababa. The second leg match will take place at the UJ Esuene Stadium, Calabar on Saturday, June 11.