Foreign Investment In The African Tourism Market: Pros And Cons 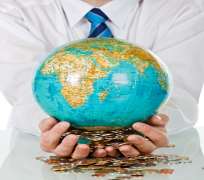 Increasingly, Africa is at the forefront in promoting the tourism industry as a means of improving the continent’s economic development and reputation, not only among Africans but also among foreigners too. Africa has attracted and continues to lure foreign investors to its lucrative tourism sector.

A foreign investor can either be an individual or a corporate group such as Accor Hotels, who are investing in tourism enterprises worldwide, including in Africa. While efforts to position Africa as a viable attractive investment destination for global investors continue, we cannot overlook the fact that this can have both positive and negative impacts.

As the influx of tourists surge in the continent, there is greater need for world class accommodation facilities, restaurants and other related amenities, which call for more investments. What this means is that the sector will employ more locals from the construction stage to running the businesses. The high demand for skilled labor will in return lead to further investments in hospitality institutions, thus increasing the three R's level of the nationals and the Africans at large.

Africa is also experiencing substantial financial gains from Foreign Direct Investments (FDI), following improvements of policy frameworks. For instance, according to the World Travel and Tourism Council, travel & tourism in South Africa is expected to have attracted capital investment of ZAR 60.5bn in 2014. This is expected to rise by 2.3% pa over the next ten years to ZAR 76.0bn in 2025.

Promotion of market based incentives such as the reduction of tariffs has gone a long way in facilitating the establishment of multilateral accords with international organizations and corporations, by most African countries. The presence of such conducive policy environment of doing business has also attracted ecommerce-oriented investments, providing such services as online hotel booking by companies like Jovago and Expedia.

However, despite the major momentous paybacks from foreign investment in the African tourism, certain setbacks arise. Some experts argue that several investments especially through ‘Vertical Integration’, a hierarchical ownership of businesses where independent companies providing different services and products combine efforts with a common goal to satisfy a common need; could be detrimental.

As the focal point, they criticize; the tourism sector should bring more returns to the host countries. Yet, through vertical integration, foreign investors in most cases control numerous links in the distribution chain, therefore seizing most of the revenues, a factor that reduces the benefiting power of host nations from tourism.

All factors considered, it is palpable that the pros of foreign investment in the African tourism market outweigh the cons. Nonetheless, there is continued need of rationalizing further investment policies that will see to it that in every given occurrence, both the foreign investors and the locals profit from the investments. At the end of the day, it should be a win-win situation.