"Fuel At N145 What A Disappointment!" Nigerians React 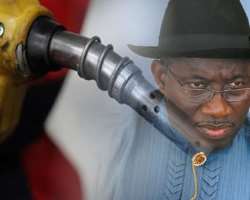 On what will rather be described as a big surprise to Nigerians was the pronouncement of the removal of Fuel subsidy by the State Minister of petroleum, Ibe Kachikwu yesterday's.

The news which broke the hearts of many highly and lowly Nigerians at the Early hours of today as a serious disappointments by Buhari's regime.

A renowned international Journalist and a scholar in the Media Field,Dr Aliyu U. Tilde said:

"Words cannot express my disappointment with this government when I heard over the VOA that fuel will officially be N145."

"Hasbunallahu wani'imal wakeel."
"I can understand the defence put forward by the marketer that happily tried to justify the increase. That is expected.

But what broke me down was the voice of our own Garbadeen justifying this on the basis that subsidy is not benefiting the masses. Is this not a pirated argument from past regimes?"

According to Tilde that this government is proving to be incapable of defending the interest of the masses? Is Garbadeen's statement not self-indicting. Then, where is the promised change if it will abdicate from the fundamental campaign promise and abandon the masses to the dictates of corrupt officials and marketers?

He continue to ask fundamental questions as either the change Is abdication the response of this government to any challenge as we have seen in MasterCards, fertilizer and now petrol?

"Does this explain why we were subjected to a regime of hardship over the past three months when petrol was allowed to soar as high as N500 per liter altitude? Was it not the same tactic adopted by regimes in the past 30 years? The self-acclaimed transparency of this government would at least have persuaded it to be straight with us without visiting on us such hardship. Or was it ignorant of the situation, until it now became educated by reality and the so called stakeholders?" Aliyu Asked

"The next usual move would be to wait for people to appeal to our benevolent President to intervene. Then a lower price, like N120, will be announced, perhaps after labour strike and so on. As he does so, we will be thanking him for the good measure of compassion."

"I will like to hear the opinion of Professor Tam David-West, Buhari's Minister of Petroleum in 1984. He came up with an informed calculation that if Buhari wins, petrol can be sold at N42 or so. Granted that the Naira has lost 50-75% of its value in the black market, what will be the price today? Or was it just part of those campaign promises that stand cancelled?"

"Is this the best bargain we can get with the President as the Minister of Petroleum and Kachikwu as its Minister of State and GMD of NNPC?"

"A driver just charged me N20,000 for transporting some goods to Yobe which would have claimed on N12,000. I had no option but to pay."

"This is truly a sad day for me and many other Nigerians." He added

A postgraduate student of Economy from Modibbo Adamawa University of Technology Yola, Mr Gabriel Shall described as a callous move by the present to frustrate Nigerians the More.