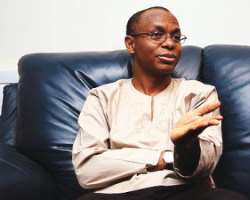 The case before Justice David Wyoms charging 81 out of the 266 members of the Islamic Movement in Nigeria under the guardianship of Sheikh Ibrahim Zakzaky arrested after the Zaria pogrom of criminal conspiracy, culpable homicide, disturbance of public peace and forceful restraint has further been adjourned to the 21st of June 2016.

This was necessitated by the absence of the 38 out of the 81 accused persons from the hearing who were either said to have been released or handed out on bail to sureties.

Counsel to the state government, Barrister Beyero Dari told the court that the 38 persons absent from the court were given out on bail to one Musa Usman who was also present at the court and that he undertook to produce them before a sister court with a similar case.

In the case, State versus Auwal Yakubu and 80 others with charge number KDH/KAD/37C/2016, the Counsel to the state produced police bail documents signed by Musa Usman to the court as evidence that the accused persons were handed over to him on bail.

Counsel to the Islamic Movement, Barrister Festus Okoye disagreed saying that the accused persons were released unconditionally by the police because they were women and minors, while Musa Usman only took a pregnant woman and a few others with severe bullet wounds on bail.

He said that there were three documents in which two were signed by Musa Usman while the third was fraudulently attached to a bail bond to give the impression that he took over 60 of the women and children on bail. He added that the police gave Musa Usman the last list of accused on Friday 6 May 2016 while those on the list were released since December 2015.

The case was then adjourned to the said date 21th June 2016 for the police to produce the accused persons in court.

Meanwhile, the sureties were whisked away by the police and detained for a few hours after disagreeing with the bail documents produced by the counsel to the state government before the court.

It would be recalled that the state government had earlier announced the unconditional release of about 60 women and minors arrested during the Zaria pogrom.