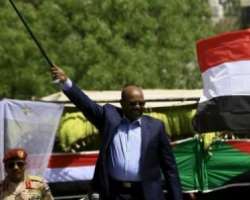 Sudanese President Omar Hassan al-Bashir began a two-day visit to Uganda on Thursday, the official Sudanese news agency said, in defiance of an international warrant for his arrest over acccusations of genocide.

The Hague-based International Criminal Court (ICC) issued arrest warrants for Bashir in 2009 and 2010, accusing him of masterminding genocide and other atrocities in his campaign to crush a revolt in Sudan’s western Darfur region.

Uganda is a member of the ICC, which means it is required to act on the arrest warrant. The trip is Bashir’s first to Uganda since the ICC warrants were issued and follows Ugandan President Yoweri Museveni’s visit to Khartoum last year.

Bashir, who has ruled Sudan since a 1989 Islamist and army-backed coup, rejects the ICC’s authority and has flouted the warrant before, travelling inside the Middle East and Africa.

He has also visited China and Indonesia, which are not ICC members, over the past year.

Last June, Bashir was forced to flee South Africa, a member of the ICC, after a court ruled he should be banned from leaving pending the outcome of a hearing on his possible arrest.

In March South Africa’s Supreme Court rejected an appeal by the government against a ruling that said the state had made an error in letting Bashir leave the country despite a court order.