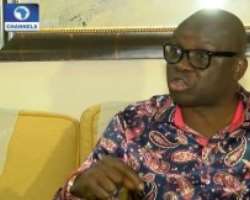 petrol, describing it as insensitive and demonstration of the level of

(APC) government had for Nigerians.
The governor, who said the over 70 per cent increment was another

vindication of his predictions on what to expect in 2016, added that

last three months was deliberately orchestrated by the federal

government to pave way for the already conceived increment.

According to his Special Assistant on Public Communications and New

governing by deceit.
He said he was waiting for the reaction of those who took to the

Jonathan administration in 2012, urging labour unions in the country to

stand by their members always, not minding the political party in

He said; 'When they were seeking for votes from Nigerians, they

N5, 000 stipend and provide one meal a day to pupils nationwide.