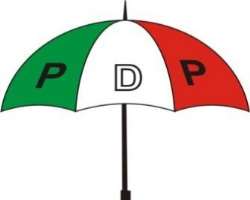 The newly-elected Chairman of the Peoples Democratic Party (PDP) in Enugu State, Hon. Augustine Nnamani, has promised to work assiduously to reposition the party for the challenges ahead and promote the laudable programmes and policies of Governor Ifeanyi Ugwuanyi-led administration in the state in line with the manifesto of the party.

This came as the Independent National Electoral Commission (INEC) endorsed the process of the Enugu State PDP Congress which produced Hon. Augustine Nnamani and 28 other members of the State EXCO of the party as peaceful and transparent.

The electoral body through its Administrative Secretary in Enugu State, Dr. Hyacinth Aniemena, hailed Gov. Ifeanyi Ugwuanyi, Senator Ike Ekweremadu and other leaders of the party in the state for the orderly manner the congress was conducted and called on politicians from other states to emulate the state.

The new PDP State Chairman in his acceptance speech thanked Gov. Ugwuanyi for his uncommon leadership roles that have brought peace and unity to the party as well as his impressive pace of development in the state despite the current economic challenges in the country which have drastically affected the revenue inflow of the state.

Hon. Nnamani assured members of the party that he 'will work with other Party officials at the Ward, Local Government Area and State levels, to further strengthen and reposition our Party for the challenges ahead in view of our status as an opposition Party at the national level'.

While acknowledging the task before the party, Hon. Nnamani called on PDP faithful to rise to the challenges of sustaining the confidence the people of the state reposed in the party since 17 years ago, stressing that the synergy the party enjoys today will go a long way to guarantee its victory in future elections.

According to the new party Chairman, 'as you have unanimously elected me to pilot the affairs of our Party, the PDP, in Enugu State, as the Chairman, I hereby accept this responsibility with all sense of humility and commitment in consonance with the sound vision and mission of the Leader of our Party in the State, Governor Ifeanyi Ugwuanyi.

'I commit myself and my leadership to the laudable programmes and policies of his administration, which were carefully designed to impact positively on the lives of our people and give them a sense of belonging'.

Gov. Ugwuanyi in his remark thanked members of the PDP in the state for the 'very peaceful, orderly and well organized' state congress and charged the newly elected state executives of the party to approach their duties with due commitment and zeal to reposition and strengthen the party which is now in the opposition at the federal level.