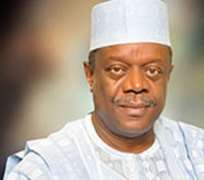 Nkanga, who is a chieftain of the Peoples Democratic Party(PDP), was arrested in Port Harcourt, the Rivers State capital.

A highly-placed source said : “A former Military Administrator of Akwa Ibom State and chieftain of the Peoples Democratic Party(PDP), Air Commodore Idongesit Nkanga( rtd) has been arrested by EFCC operatives for collecting a sum of N450,000,000 from the sleazy $115million deposited by former Minister of Petroleum Resources, Diezani Allison- Madueke with Fidelity Bank, Plc.

“He was arrested in Port- Harcourt, Rivers State on Monday. Nkanga was alleged to have collected the money in two tranches, from a staff of Fidelity Bank in Uyo, Akwa Ibom State: Mr. Saint- Anthony Ejiowu.

“He is in the custody of the EFCC and would be charged to court soon.”