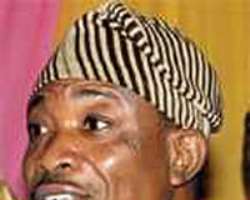 Aregbesola, in his reaction to the sudden death of the former Chairman of the Lagos Island Local Government Area, Adeniji-Adele was one of the strong pillars of what he described as the process of democratic re-awakening in Lagos which has crystallized into the current nationwide democratic culture Nigeria now enjoys.

In a statement by the Director, Bureau of Communication and Strategy, Office of the Governor, Semiu Okanlawon, Aregbesola said, “We began the process of democratic reawakening together in Lagos through the instrument of the Primrose circle in Lagos which had Asiwaju Bola Tinubu, Chief Dapo Sarumi, Egbon Kola Oseni, Alhaji Olatunji Hamzat, AlhajiTajudeen Olusi, Alhaji Bushra Alebiosu (Bush), Kayode Olowu and Adele himself leading the young Turks.”

Aregbesola describe the late politician as an energetic and dedicated individual who whose contributions to the survival of progressive politics cannot be downplayed.

“He will be sorely missed by all of us who assiduously worked for the emergence of a young radical progressive political current in Lagos which ultimately affected the progressive politics in Nigeria as being witnessed now,” the Governor was quoted as saying.

Mourning the passing away of the former Deputy Governor under Alhaji Lateef Jakande, Aregbesola also said Jafojo gave his all to the cause of progressive politics adding that he lived a good life full of devotion to the good of humanity.

Aregbesola prayed that the Children and relations of the deceased be granted the fortitude to bear the losses and the courage to carry on the cause of progressive and democratic politics in Lagos and in Nigeria as a whole.