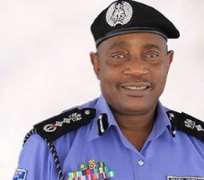 The Inspector-General of Police, Solomon Arase, has extended the revalidation of permit for vehicles with tinted glasses to July 31, 2016.

The Force Public Relations Officer, Olabisi Kolawole, in a statement released on Wednesday, said Mr. Arase has therefore directed commissioners of police across the country to relax the enforcement of the laws on the permit and licence, until the new deadline expires.

Mr. Arase, according to the statement, said the revalidation was free.

He warned the police against extortion and harassment of motorists with tinted glasses.

The police boss urged members of the public who were yet to revalidate their permit and licence, to take advantage of the extension, and do so online.

'The IGP wishes to reassure the public of the commitment of the force to the provision of round-the-clock security for the teeming citizens of the country,' the statement said.

'Citizens are further enjoined to continue to support and assist the police in its constitutional task of safeguarding the nation.'