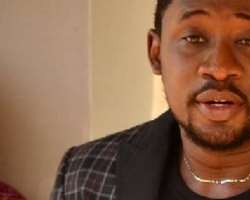 Nollywood actor Daniel K Daniel, has won the heart of many with his good looks and acting skills.

The actor, who came into Nollywood six years ago, has incredibly carved a niche for himself in the industry.

Recently, he beat a lot of established name to claim the best Africa Magic actor at AMVCA awards.

This award has been a blessing to him, as this has increased his popularity and demands and fees from producers.

In his words : “since I won the award there's more recognition and respect coming my way, some producers often joke these days that they can't afford me anymore since I'm now the “best actor in Africa.”