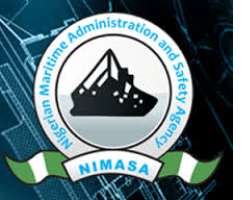 Disengaged dockworkers at the ENL Terminal will be paid their terminal benefits in line with the bargaining agreements contained in the National Joint Industrial Council (NJIC) document.

A statement by the Head, Public Relations Department of NIMASA, Hajia Lami Tumaka, on Saturday in Lagos, said that the Director-General of NIMASA, Dr Dakuku Peterside, assured the dockworkers when they took their protest to his office.

Peterside promised the dockworkers that NIMASA would engage all interested parties in dialogue with a view to resolving the contentious issues within seven days.

He noted that series of meetings were held, involving representatives of the dockworkers, Maritime Workers' Union of Nigeria (MWUN), ENL and the Nigeria Police.

According to him, it was finally resolved that all disengaged dockworkers should be paid N350,000, as earlier offered by ENL.

Peterside told all stakeholders that as the agency responsible for the regulation of maritime labour in Nigeria, NIMASA would always ensure fair and just treatment of seafarers and dockworkers.

He said this would be in line with the International Labour Organisation (ILO) Decent Work Agenda and the Maritime Labour Convention (MLC 2006).

The director-general urged employers of maritime labour and the workers to continue to be law-abiding and to always engage in dialogue as an Alternative Dispute Resolution link.

'This is the first time in the history of the maritime sector in Nigeria that casual dockworkers would be paid terminal benefits,'' the News Agency of Nigeria (NAN) quotes the statement as saying.