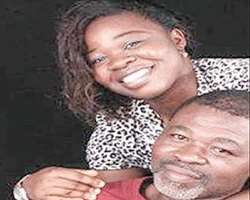 Several years after the National Sports Commission (NSC) and the Ministry of Sports relieved him of his job for allegedly vacating his duty post without permission, 1984 Olympian, Jeremiah Okorodudu is now a happy man after the former minister of Sports, Mallam Bolaji Abdullahi and the Direc­tor General (DG) of the National Sports Commission (NSC), Gbenga Elegbeleye reinstated him.

Okorodudu was once the darling of boxing fans both in Nigeria and abroad in the 80s, and one of Nigeria's finest boxers, who represented the country at different international boxing champion­ships.

At the 1984 Los Angeles Olympics in the United States of America (USA), Okorodudu represented Nigeria in box­ing, but controversially lost to American Vigil Hills in the quarterfinals.

He was the national Light middle­weight champion for many years in the amateur category without losing a fight and represented Nigeria at the Com­monwealth Games in 1982 in Brisbane, Australia, where he fought in the mid­dleweight category and won two bronze medals. He also won two gold medals at the African Championship in 1982.

He went memory lane recount­ing how he grew up in a polygamous home, which led to his love for rearing children.

'I started boxing in my state, the then Bendel State in Benin. I was always go­ing to the stadium to see how the boxers were training. I was into Judo, infact all the combat sports. It was somebody who saw me that advised me to go for boxing.

During that time, whenever we were playing Table Tennis and I am defeated, I would turn it to fight and refused to leave the scene. It was as a result of my frequent fighting that I was asked to go for boxing. And that was how I went into boxing and took it as a career.

'My mum approved of it, but my dad was against me going into boxing. My dad would tell me of someone who died while boxing. He wanted me to go to the University. At first, I said he should allow me to read music. My father asked me if I wanted to be like the late Fela, who was smoking Indian Indian hemp (marijuana)? After my secondary education at the College of Commerce, Warri, I left my hometown for Lagos.

I would tell you that from 1979 till I left my amateur boxing carrier, I never lost a match to any Nigerian boxer.

'When I became a professional boxer, I fought Willy Wilson in Santiago, I fought another American, Joe Lasisi of Nigeria etc. I lost the Lasisi fight due to injury or I would say juju. He fought me with African juju.

'Before the Olympics Games our then chairman took about eight of us to Moscow for three weeks for train­ing, we were just doing coaching and boxing. After the training we moved to the Commonwealth Games in 1982 and I won gold medal. I lost in the quarter­finals at a World Boxing Championship the same year. In 1983 I attended the first Commonwealth Boxing Champion­ship in Northern Island, where I won a silver medal. I was in Germany for the pre Olympics championship. I lost in the final to a Hungarian. We were about 13 African boxers that went for that championship, but I was the only Afri­can that got to the final. I was given an award, African Best Boxer of the Year,' he stated.

And that was how I came to represent Nigeria at the 1984 Olympics in Los Angeles. I got to the quarterfinals, but I was controversially declared the loser to an American, Virgin Hill, losing the Olympic gold

Memorable game
My most memorable game is the 1984 Olympics. The quarterfinals loss struck me like a thunderbolt. It made me to lose so many things. I trained from 1982 for that championship. It was sad.

When you were boxing you wore jerry curl on your head. Is it where you got your name?

My name is Jeremiah Okorodudu. The jerry curl I was wearing during my boxing days was to carve a trademark for myself.

Was it what attracted your American wife to you?

No, I met Susan at the Olympics. She was working at the 1984 Olympic Games Village. She was a student at the University of Southern California, USA as a Volunteer. It happened that there was a music competition and I was called upon to sing a song and I sang one of Reverend Christ Okotie's songs, 'I Need Someone'. When I finished, she came close to me and asked where I was from. Actually she said I sounded like a Briton and I said I am a Nigerian. She asked where Nigeria was I came from and I said it was just outside London. And there and then, she clung to me. She introduced me to her parents. And one thing led to another and she became pregnant. We have two daughters from the union.

Where are these children?
One, Leticia is studying in America, while the other is Durin.

What about their mum, Susan?
Their mother is in America. The last time we spoke she asked me if I have remarried and I said yes. And I asked her too if she has remarried and she said no. She said she was not ready to re-marry now.

Tell us about your Nigerian wife.
She is an Army officer. Since the Sports Commission rendered me useless, she has been the one taking care of me. She is the one feeding the kids and me. It is so painful that the Sports Commis­sion can do such a thing to me.

Has she given you kids?
They are still very small.
You seem to like polygamy?
It is good for me.
It means you love making babies?
Yes, I love children and that is the name of my daughter, Omojewe. It means I love children in my language.

It means you have up to five women?
No, not five, I had women. But it was in those days that I was not born again. Today, I thank God that I have found Christ. All things have passed away I am now a new creature. I don't live that kind of life any more.

What do you do now?
I am a coach at the Ministry of Sports. I still coach boxing. I am a church worker too, and my church has sup­ported me financially. Sometime I come out of the front of my house, bring out my guitar and play some tunes. - The Sun.