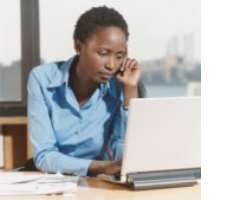 An MBA student from the University of Cape Town Graduate School of Business (UCT GSB), Bathabile Mpofu, has beaten 24 000 entrants from around the country to walk away with R600 000 prize money and top honours in the 2016 TOTAL Startupper of the Year competition.

The winner was announced at the end of March and Mpofu was delighted that her project, Nkazimulo Applied Sciences, won top honours. “This was just what we were waiting for,” she said.

Nkazimulo Applied Sciences delivers 52 physical science-related experiments for use by high school learners. Packaged in one box for just R699, it offers a fun experiment per week for the whole year.

The goal of the project it to get children interested in science and to help them see how science works practically, by teaching them how to make soap or plastic or demonstrating for instance, how fireflies create their light.

The World Economic Forum (WEF) Global Competitiveness report for 2015/16 placed South Africa at 138 out of 140 countries for its maths and science education. Mpofu said she experienced poor science education and its consequences first hand at an underprivileged school in KwaZulu-Natal.

“Then when I was studying chemistry at university I saw how many others were struggling like me. We didn’t have the kind of high school education to prepare us.”

“Kids like to explore. If science is presented in an abstract way, it doesn’t seem appealing but if they interact with it and begin to understand the application of science, then it becomes a different story,” Mpofu said.

TOTAL stated that innovation, competitiveness, growth boosting and job creation were the primary elements it looked for in the winner.

She said education is vital to entrepreneurs and believes that small businesses hold up some of the largest economies in the world.

“Entrepreneurship is very important for economic growth but people need to understand how to use the knowledge they have,” she said.

She gives the example of the TOTAL competition, for which 75 000 tried to enter but only 24 000 entries were received. “Why did over 50 000 people not finish the entry form?” According to Mpofu entrants had to provide detailed information about their ideas and needed to think carefully about why they were entering.

Too many entrepreneurs in South Africa lack the determination and drive to succeed, said Mpofu, a wife and mother to three, who worked while she started her MBA studies. In the same year she got her new business off the ground. “It was not easy,” she admitted but added that her passion about her business helped her push through the hard times.

Mpofu started by giving science demonstrations at schools but realised she could reach more children, especially those in underprivileged schools, by supplying ready-packaged science projects. But considering that suppliers of the components that go into the kit want to supply them in bulk and minimum orders are at about 5 000, Mpofu needed money to kickstart her project.

The money she won from the competition is going into manufacturing her first stock. Mpofu quit her job to focus on Nkazimulo Applied Sciences full-time. She has received many positive responses, from individuals as well as corporations.

“People are ready for this product,” she said.

Mpofu concluded: “We need to encourage a culture of wanting to learn. There are many opportunities for entrepreneurs in South Africa but people are not in the culture of educating themselves about the environment they are living in and what they need to do to succeed.”

For more information about the project go to www.nkazisciences.co.za