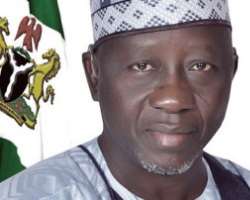 There is uncertainty in Nasarawa State over the whereabouts of Governor Tanko Al-makura, who has been away from the state for over a week without any official information. A source at the Government House claimed the governor travelled out of the country for a private business and intentionally refused to make it official to avoid handing over to his deputy, Silas Agara. Gov. Al-Makura It was gathered that Al-makura has been cautious with his deputy, who is alleged to be a loyalist of Senator Abdullahi Adamu, a former governor of the state. Some have argued that his refusal to hand over to his deputy even while on a private trip is linked to this. Investigation revealed that the information gap regarding the movement of the governor has heightened tension in the state as residents are beginning to feel the hardship occasioned by his absence. At the time of this report, aides to the governor were yet to release any statement regarding his movement, leaving the people of the state in doubt over the wellbeing of their governor.