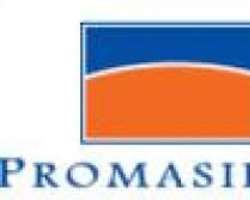 Cowbellpedia is a Secondary School Mathematics TV Quiz initiated by Promasidor to discover and reward talented students in mathematics in secondary schools in Nigeria.

Stakeholders in education sector were quite impressed by the seamless conduct of the qualifying examination. Expressing his delight at the conduct of the written qualifying examination, Festus Tettey, head of marketing, Promasidor, commended the officials of States' Ministries of Education and National Examinations Council (NECO), who were on ground at each location to ensure the examinations were conducted in free and fair environment. He was full of appreciation for them for the professional way they handled the exercise.

He explained that Promasidor designed the Cowbellpedia Secondary School Mathematics TV Quiz to discover and nurture talented students in secondary schools in Nigeria.

He said the participating schools were given equal opportunity in the qualifying examination as five students in the junior category and five in the senior cadre represented each school.

The company, in conjunction with the ministry of education, arranged for centres in strategic locations across the country, which made accessibility easy for the participating students and their teachers, Tettey said.

Quite excited by the prospects in the competition, students and their parents commended the initiative by Promasidor, the promoter of the project.

A cross section of parents, students and teachers at the venue of the examination in Lagos and Ogun States, praised NECO for the smooth and hitch-free exercise. They also asked the government and other corporate citizens to emulate Promasidor's initiative.

Mr. James Oluwatoyin, a teacher at one of the participating schools at Ifo Center in Ogun State, expressed satisfaction with the exercise and enjoined Promasidor to keep the flag flying.

The same high appreciation came from Ojodu center in Lagos by Mrs. Nifemi Ajelowo, also a teacher in one of the participating schools. She specifically praised NECO for the crisis-free examination and the credibility brought to bear upon the exercise.

Mr. Olivier Thiry, managing director of Promasidor said that after 18 years of involvement with the sponsorship of Mathematics competition in Nigeria, his company increased the prize money for the finals for both students and teachers significantly. This year he said, the top prize student winner in each category will go home with one million naira in addition to other prizes while the teacher will be awarded four hundred thousand naira.

'All these improvements are to underscore Promasidor's effort to provide a credible platform that discovers, recognizes and rewards excellence in Mathematics, a critical component of Science, Technology, Engineering and Mathematics (STEM) education in Nigeria. This is in addition to the quality nutrition that is provided by the Cowbell brand for the nourishment of the Nigerian populace especially children,' he said.

The increasing state of insecurity in Aba, Abia State, took a new dimension on Wednesday night when Governor Okezie Ikpeazu's convoy was attacked in an encounter with armed robbers, who were robbing commuters along Aba-Owerri Road.

This is even as a yet-to-be identified victim was kidnapped at Immaculate Junction, while another is being feared dead after he was hit by stray bullet.

Vanguard gathered that the incident took place near Immaculate Junction along the ever busy Aba-Owerri Road, while the governor was coming back to Aba from Umuahia at 8p.m.

Though no life was lost, sources said that the security details attached to the governor fired sporadic shots, which scared the robbers away. Sources told Vanguard that the gunmen were robbing a suspected Lagos bound bus, when a pilot security van without siren and amber light approached the area.

On sighting the security vehicle, the gunmen were said to have opened fire without knowing that it was the governor's convoy.

According to a security operative in the city, who pleaded anonymity, 'the robbers did not know that it was the governor. They thought that it could be the Army or police, but when they discovered it was the governor's convoy with its full complement of security details, they took to their heels.

'I do not think it was the governor that the hoodlums wanted to attack. It is just that the governor's convoy that was returning from work without the usual siren and the revolving amber light, ran into them.'

Onyeke added that he was yet to be fully briefed by the Chief Security Officer to the governor over the incident.