Another 41 allegations of peacekeeper sex abuse undisclosed by the UN 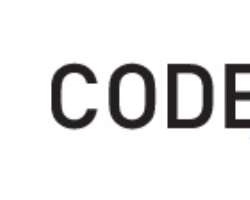 NEW YORK, United States of America, April 13, 2016/ -- AIDS-Free World ( www.AidsFreeWorld.org ) has received leaked information that 41 additional cases of sexual violence by peacekeepers have been documented by MINUSCA, the United Nations peacekeeping mission in the Central African Republic (CAR), following interviews with victims in Dekoa, a remote town in the country’s Kemo prefecture. In an April 7th code cable, MINUSCA informed UN headquarters that an “integrated team” sent to Dekoa from March 25th to April 4th interviewed 59 women and girls. While some were on a list of 98 victims who reported sexual abuse to UNICEF last month, the team documented 41 new cases never previously reported.

The code cable to UN headquarters was sent during the visit to CAR of UN Special Coordinator Jane Holl Lute. On April 8th, the mission issued a video of Ms. Lute discussing top priorities ( https://www.youtube.com/watch?v=1gZgeQWbbSs ): “…Third, we have to publicly come forward and say what do we know about this behavior when it occurs.”

When it occurs? Ms. Lute had the information of these 41 new cases when the video was made. Where is the transparency? It’s quite a commentary on the way in which the UN works when the coordinator becomes the lead dissembler.

At the daily press briefing on April 7th ( http://www.un.org/press/en/2016/db160407.doc.htm ), the day New York headquarters received the cable, Deputy Spokesman Farhan Haq told journalists who requested further details regarding over 100 reports of sexual abuse in CAR disclosed by Code Blue on March 30, 2016 ( http://www.codebluecampaign.com/press-releases/2016/3/30 ), “We've been providing updates on that in recent days, as you're aware. I don't have any update for you today, but as we get more information from our peacekeeping and field support counterparts, we'll certainly relay those on to you.”

When media pressed the UN for details again this past Monday, April 11th, Spokesman Stéphane Dujarric said ( http://www.un.org/press/en/2016/db160411.doc.htm ), “…we hope to share more details with you as soon as we can. Obviously, you know, we’ve had preliminary work done. OIOS [the UN’s Office of Internal Oversight Services] will be going there on the ground. The difficulties… the logistical difficulties in the area also cannot be understated. From what I’m told, there’s electricity about two hours a day. It’s… The only communications are sat[elite] phones, so the communications with the teams on the ground are a little challenging as well. But we’re trying to harvest as much… as many numbers as we can for you and to try to bring a little clarity as to where we are on the number of allegations. […] As to the assessment, I don’t have any more numbers to share with you. I think what I said… and I hope I said it clearly… is that OIOS would be sending an expanded team of about 10 people to the area.”

These exercises in evasion, after the cable had been received, are deeply disappointing. It’s clear that the culture of suppression of information is still alive and well at UN headquarters.

AIDS-Free World wants to emphasize that many critical details are not in our possession. Only the UN can provide them. How many times have the same women and girls been interviewed, knowing the trauma that is induced by repetitive interviewing? What legal basis does the UN have to conduct these interviews? Of what, exactly, does any psycho-social counselling and medical assistance consist? How many of the women and girls so far interviewed once, twice, or three times by UN staff have received what Ms. Lute describes as “emergency” assistance? Have the local police authorities been informed? To what extent are they involved in the investigation of these criminal acts?

MINUSCA’s April 7, 2016 code cable to headquarters (which our sources quoted, but did not send to us in its original form) stated that the team was deployed “to carry out a prel[iminary] investigation into allegation of sexual violence by UN and non-UN international military forces” and was composed of personnel from MINUSCA’s human rights division, UNFPA (the Population Fund), UNICEF (the UN Children’s Fund) and UNHCR (the UN Refugee Agency). The ‘integrated team’ did not include professional investigators from the UN’s independent Office of Internal Oversight Services.

If the UN, which is not authorized to conduct criminal investigations, is sending “integrated teams” and OIOS investigators to interview victims and witnesses, gather information and preserve evidence, are they acting alone, or in conjunction with—and at the request of—authorized law enforcement personnel from France, Gabon, Burundi, and any other governments whose troops have been identified so far?

Details provided in the April 7th cable:
All of the alleged victims were women and girls.

...allegations show that food, including rations, and money was exchanged for sex, often with promises of marriage.

...numerous allegations of rapes – when victims went to collect water or when they approached international forces to sell fruit (a pattern of raping closely reminiscent of Darfur)

...justice system in Dekoa is nonexistent.

The Code Blue campaign sees the UN’s ad hoc responses to ever-growing reports of sexual violence as improvised and dangerously unprofessional. Droves of women and girls who’ve come forward in the past month are being subjected to a chaotic grab-bag of bits and pieces of UN activities, slapped together by the MINUSCA mission without adequate headquarters leadership or oversight, thought, planning, protocols, guidelines, or clear channels of communication.

Whatever the UN’s intentions, the organization may well be compounding victims’ trauma irreversibly through this round-robin of “preliminary” interviews, conducted over and over again, and with no real justice, protection, or support in sight.

With every new piece of sordid information it becomes clear that the UN itself is clearly unable to handle sexual exploitation and abuse in peacekeeping operations. There is no plan, and there is absolutely no leadership. We are persuaded that the only answer is to take management of sexual exploitation and abuse reports out of the hands of the United Nations Secretariat entirely, and place it in the hands of an external, expert oversight panel, chosen from and responsible to the Member States. When the panel, over the course of two to three years, working in real time, has cleaned up the morass of sexual exploitation and abuse, in every particular, then and only then can the responsibility be returned to the UN.