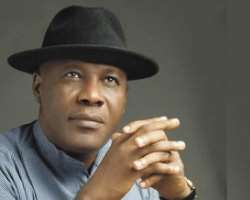 The Federal Government on Thursday opened its case against a former Minister of Niger Delta Affairs, Mr. Godsday Orubebe, who is being prosecuted before the Code of Conduct Tribunal in Abuja on one count of false asset declaration.

The first prosecution witness, Samuel Madojemu, an official of the Code of Conduct Bureau who testified on Thursday, accused Orubebe of failing to declare his property at Plot 2057, Asokoro District, Abuja, as a minister between 2007 and 2011.

Madojemu, who coordinates CCB's “intelligence on observed breaches of the code and asset tracing investigation,” said Orubebe submitted five asset declaration forms to the bureau between 2007 and 2011, the period he served as a minister.

The witness said the Certificate of Occupancy for the property obtained from the land registry of the Federal Capital Territory administration showed that it was issued to Orubebe on April 10, 2011 but that the former minister failed to declare it as of the time he was leaving office on May 29, 2011.

The witness, who was led in evidence by the Director of Public Prosecutions of the Federation, Mr. Mohammed Diri, said Orubebe refused to honour invitation by the bureau during the investigation of an intelligence report obtained concerning him.

Madojemu said, “The defendant declared his assets to the bureau by virtue of his position as a public officer and as a minister of the Federal Republic of Nigeria.

“I was instructed to invite him to the bureau for the purpose of obtaining his statement on the allegations and intelligence report that was being handled by the bureau concerning him.

“I invited him. He promised to respond by sending his legal team. He also promised that he might decide to come in person but he did not come.

“My lord, the bureau issued him with Form CCB 1 which is the bureau's asset declaration form and he made his declaration between 2007 and 2011 – the period under investigation.

“The Code of Conduct Bureau issued the defendant the Form CCB 1 five times. For those five times, he made his asset declaration to the bureau.

“My lord, after we received the form, we examined the form as part of our procedures of investigation to ascertain if there was over-declaration or under-declaration.

“We conducted intelligence assessment on the declaration made by the defendant. We discovered that there were some other plots or properties that were traced to the defendant, Godsday Orubebe.

“We conducted record examination by writing a letter to the Federal Capital Territory's Department of Land Administration.

“My lord, in their response, which was in writing, it was indicated that Plot 2057, Asokoro District, for which the Certificate of Occupancy was issued on April 10, 2011, belonged to the defendant.

“We thereafter compared the information arising from the response from the FCT Land Administration Department with the information on asset declaration forms submitted to the bureau between 2007 and 2011 and discovered that Plot 2057, Asokoro District, belonging to the defendant was not declared, even as of May 29, 2011 when he left office.

“Apart from the letter from the FCT Land Administration registry, we also received the Certified True Copy of the Certificate of Occupancy in respect of Plot number 2057 issued to the defendant.

“We also received the CTC of the Right of Occupancy for that same Plot No. 2057 issued to the defendant.

Madojemu said the reason for inviting Orubebe was to ask him why he failed to declare the asset which he acquired about one month to the expiration of his tenure.

The two-man panel of the Code of Conduct Tribunal admitted as exhibits the certified true copies of all the five CCB 1 forms submitted to the bureau by Orubebe.

Orubebe's lawyer, Mr. Selekowei Larry (SAN), did not oppose the admissibility of the documents.

But the lawyer opposed the admissibility of the Certificate of Occupancy, the Right of Occupancy, the letter of authority referred to by the witness, which were all attached to a letter dated February 18, 2016, by the Land registry of the FCT, in response to the request by the CCB.

Larry contended that the letter along with the documents attached to it was inadmissible under Section 83(3) of the Evidence Act, because it was authored by “a person interested” while the case against his client was already pending in court.

The letter dated February 18, 2016 was authored by an Assistant State Counsel in the Lands Administration Department, Mrs. Funke Audu, of the Federal Capital Territory.

“These are documents procured during the pendency of this case. The letter is dated February 18, 2016, whereas the suit commenced on October 18, 2015,” Larry said.

But the tribunal chairman, in a ruling, overruled Larry and upheld the argument by the lead prosecutor, Diri, who argued that Audu, who was an employee of the Federal Capital Territory Administration, could never be an interested party.

The documents were admitted as exhibits.
Orubebe, who was dressed in a white native attire and a black hat,  sat in the dock throughout the proceedings.

He was accompanied to court by a group of women and other supporters.

The trial was adjourned till April 14 for cross-examination of the witness. – PUNCH