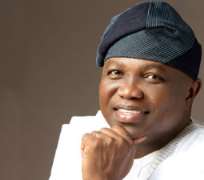 The Lagos State Government has clarified reports making rounds on social media that the monthly environmental sanitation exercise in the State has been outlawed, saying that the policy on the monthly exercise has not been reviewed for now.

In a statement signed by the Commissioner for Information and Strategy, Mr. Steve Ayorinde, the government said the erroneous story which was attributed to the State's Commissioner for the Environment, Dr. Babatunde Adejare was inaccurate.

Ayorinde said that Dr. Adejare was misquoted out of context when he indicated that the restriction of movement may be dispensed with, he did not in any way suggest that the monthly sanitation had been outlawed.

Ayorinde said, 'While Dr. Adejare did meet with journalists today and indicated that the restriction of movement every last Saturday of the month would ultimately be dispensed with, he did not say the monthly sanitation exercise would no longer hold in Lagos.

'The last two sanitation exercises could not hold due to the JAMB examination in February and the Easter celebration in March. Nevertheless, the Lagos state government had always encouraged residents to clean their environment and observe hygienic behaviors, without necessarily having to shut the state down.

'It is the wish of Lagos State government to ensure that every part of the state is clean with wastes properly disposed and this will always involve a concerted effort on the part of the government and citizens alike.

'However, while it may become necessary in the near future to observe this clean-up exercise regularly without having to restrict vehicular movement, we wish to clarify that the monthly environmental exercise is still in force in Lagos State for now'.