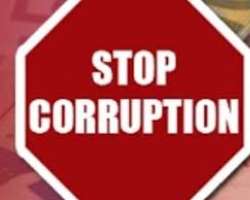 During the last general elections, people who believed in Buhari, worked hard to ensure he won the election. This, they did, because of the s integrity of the then General Buhari. Looking back, one would pardon them. The former administration of Goodluck Jonathan was epileptic in terms of governance and there was a clear abdication of responsibility by the administration.

Insecurity was at its highest level. Corruption broke new records and gained more grounds; everywhere one looked, there was total confusion. People wondered whether Nigeria had returned to the state of nature as espoused by Thomas Hobbes.

As a result, there was understandably great anger in the land. People were united in the quest to send an ineffectual and inefficient government parking. Give us anybody but Jonathan. In the midst of the communal suffering by Nigerians, APC crept in; a party hurriedly created to take advantage of the flops and inefficiencies of the PDP. Realising that there was anger in the land, APC embarked on massive propaganda, spreading lies and falsehoods to a disoriented and disenchanted people, who swallowed it hook, line and sinker. It enhanced its political fortune and translated into electoral victory.

Ten months after, has the APC fared any better? The answer is obviously in the negative. The slogan of the APC was change, but what Nigerians have seen, is more of stagnation than the promised change. The party upon attaining political power, denied virtually all of its campaign promises and is joyfully confused. Looking back at the last ten months, it is safe to conclude that the APC and President Buhari under-estimated the problems of Nigeria. What we have seen so far are talk, talk and more talk. Nothing more.

The anger that was prevalent under the Goodluck Jonathan's regime has returned with more salvo. People are bitting their fingers and gnashing their teeth. The general feeling among Nigerians now, is where did we go wrong? Was appointing Buahri a mistake? There is a massive ill-feeling against this government. The goodwill it enjoyed is evaporating; that is if it still has any left. Buhari and his co-travellers have returned to the PDP ways; or so it seem.

What therefore is the way out? The problem of Nigeria is about Buhari. It is simply a problem lack of institutions. Nigeria is a country is without institutions that ensures credible leaders are produced to head different arms and parastatals of government; one that ensures sound economic and social policies. In fact, it will be a miracle for this government or anyone (including those manned by Angels) to succeed with the kind of institutions we operate. Jonathan suffered from this lack, Buhari is manifestly suffering from it too.

To bring our country back to the route of development, there must be a holistic overhaul of the institutions we operate. There would be hardly any positive achievement that can be recorded with the corrupt, lacklustre, nepotic despotic and sluggish political, social, economic and religious institutions that we currently operate.

For any government to succeed, it must ensure a solid foundation for sound political, economic and social institutions to be created. No single individual can sold our problem. The solution is in sound institutions backed by strong individuals. No one can exist without the other